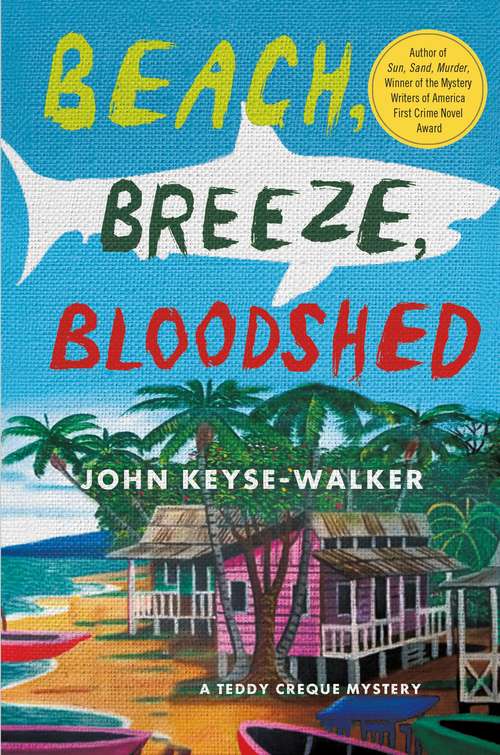 “Sun, Sand, Murder by John Keyse-Walker is a winner. It is written with the coral clarity of a Caribbean atoll, and evokes an edgy rhythm that suits the protagonist, Teddy Creque, and his wholly authentic domain, the Virgin Islands.”—Randy Wayne WhiteAfter barely surviving the first criminal investigation in living memory on the sun-drenched British Virgin island of Anegada, Constable Teddy Creque has spent the past six months trying to weather the aftermath, and move on with his life. Now, with a promotion and a medal of honor, he’s newly committed to the job. So when a young woman dies in a shark attack off the coast of a neighboring island, Virgin Gorda, Teddy is happy to help when Deputy Commissioner Howard Lane orders him to capture the man-eater. But when Teddy arrives on Virgin Gorda, he begins to suspect there was human foul play involved, too.After all, the sharks around the idyllic island aren’t known for attacking humans, and there are some oddities at the scene. Unfortunately, while Teddy is convinced that the woman’s death wasn’t accidental, not everyone on the island takes kindly to his meddling, and he’s forced to be creative in his pursuit of justice. In unfamiliar territory, and with his sole witness a silent child who communicates in unorthodox ways, Teddy must earn the trust of the reserved residents of the touristy island, tangle with a loquacious parrot, and follow the clues which might lead him directly into the path of a killer.John Keyse-Walker, the winner of the 2015 Minotaur Books/Mystery Writers of America First Crime Novel Award, has written another taut, witty mystery that will keep readers mesmerized from the opening page to the stunning conclusion.