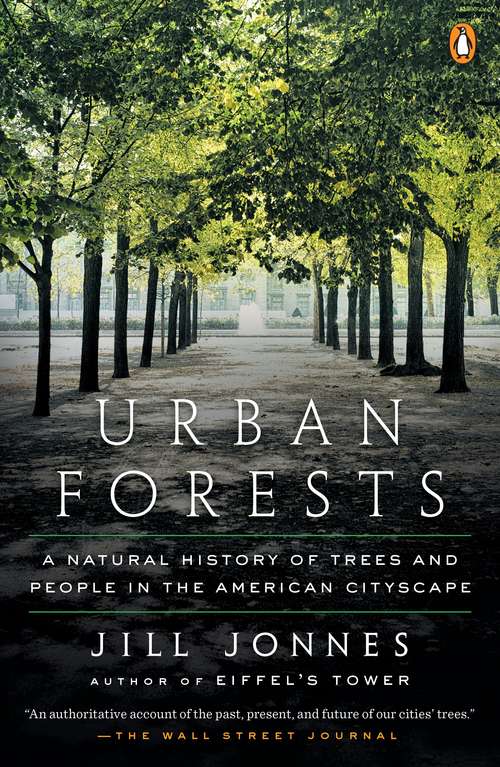 "Far-ranging and deeply researched, Urban Forests reveals the beauty and significance of the trees around us." --Elizabeth Kolbert, Pulitzer Prize-winning author of The Sixth Extinction"A comprehensive look at the trees of American cities . . . this book deserves [great interest]; indeed, no one who has loved a single tree will be able to set it aside." --Kirkus ReviewsA celebration of urban trees and the Americans--presidents, plant explorers, visionaries, citizen activists, scientists, nurserymen, and tree nerds--whose arboreal passions have shaped and ornamented the nation's cities, from Jefferson's day to the present Nature's largest and longest-lived creations, trees play an extraordinarily important role in our cityscapes, living landmarks that define space, cool the air, soothe our psyches, and connect us to nature and our past. Today, four fifths of Americans live in or near cities, surrounded by millions of trees, urban forests containing hundreds of species. Despite the ubiquity and familiarity of those trees, most of us take them for granted and know little of their specific natural history or civic virtues. Jill Jonnes's Urban Forests is a passionate, wide-ranging, and fascinating natural history of the tree in American cities over the course of the past two centuries. Jonnes's survey ranges from early sponsors for the Urban Tree Movement to the fascinating stories of particular species (including Washington, DC's famed cherry trees, and the American chestnut and elm, and the diseases that almost destroyed them) to the institution of Arbor Day to the most recent generation of tree evangelists who are identifying the best species to populate our cities' leafy canopies. The book examines such questions as the character of American urban forests and the effect that tree-rich landscaping might have on commerce, crime, and human well-being. As we wrestle with how to repair the damage we have wrought on nature and how to slow climate change, urban forests offer an obvious, low-tech solution. (In 2006, U.S. Forest Service scientist Greg McPherson and his colleagues calculated that New York City's 592,000 street trees annually saved $28 million in energy costs through shading and cooling, or $47.63 per tree.)From the Hardcover edition.