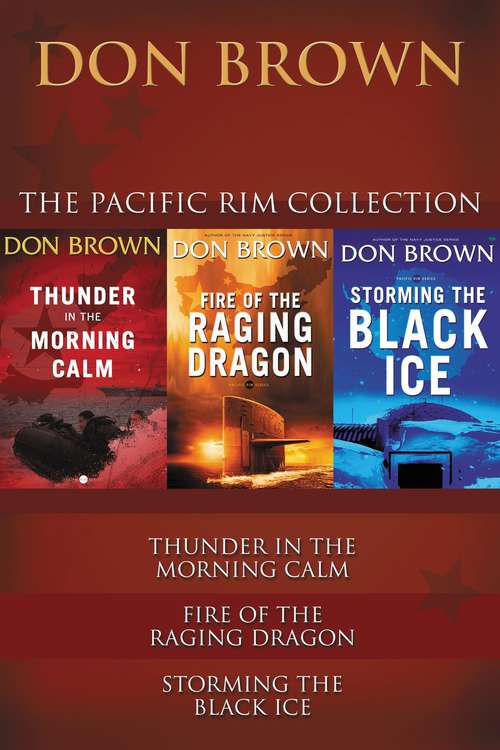 Thunder in the Morning Calm

Sixty years after his grandfather disappeared in Korea, a young naval intelligence officer seeks the truth behind rumors that American POWs are still being held there. Risking his life, fortune, and freedom, he leads a daring mission into the dangerous dictatorship of North Korea—all for the love of his country and a grandfather he never knew.

Fire of the Raging Dragon

In Fire of the Raging Dragon—the second book in best-selling author Don Brown’s Pacific Rim Series—Stephanie Surber is stationed on board a submarine tender in the South China Sea when a naval war breaks out. After a gruesome discovery escalates America’s involvement, Stephanie’s father, US President Douglas Surber, must choose to take a stand against evil . . . or save the life of his daughter.

When British geologists discover the world's largest oil reserves under the desolate, icy tundra of Antarctica, Britain and Chile form a top-secret alliance for control of petroleum resources that will rival the economic power of OPEC.