The Inner Life of Empires 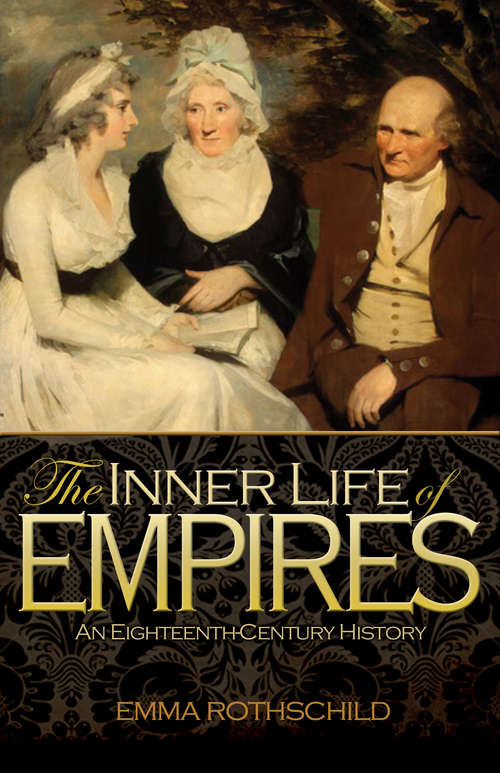 They were abolitionists, speculators, slave owners, government officials, and occasional politicians. They were observers of the anxieties and dramas of empire. And they were from one family. The Inner Life of Empires tells the intimate history of the Johnstones--four sisters and seven brothers who lived in Scotland and around the globe in the fast-changing eighteenth century. Piecing together their voyages, marriages, debts, and lawsuits, and examining their ideas, sentiments, and values, renowned historian Emma Rothschild illuminates a tumultuous period that created the modern economy, the British Empire, and the philosophical Enlightenment.One of the sisters joined a rebel army, was imprisoned in Edinburgh Castle, and escaped in disguise in 1746. Her younger brother was a close friend of Adam Smith and David Hume. Another brother was fluent in Persian and Bengali, and married to a celebrated poet. He was the owner of a slave known only as "Bell or Belinda," who journeyed from Calcutta to Virginia, was accused in Scotland of infanticide, and was the last person judged to be a slave by a court in the British isles. In Grenada, India, Jamaica, and Florida, the Johnstones embodied the connections between European, American, and Asian empires. Their family history offers insights into a time when distinctions between the public and private, home and overseas, and slavery and servitude were in constant flux. Based on multiple archives, documents, and letters, The Inner Life of Empires looks at one family's complex story to describe the origins of the modern political, economic, and intellectual world.