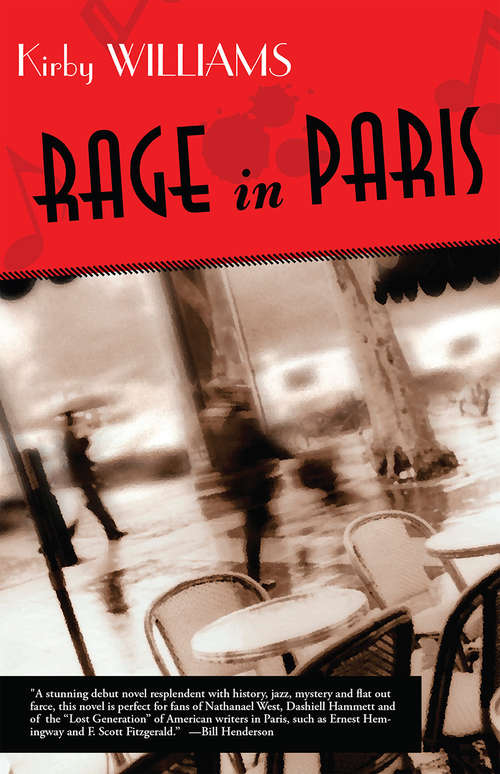 “One of the most hilarious fictions I have ever read…Nathaniel West might wish he had written it.” - Bill Henderson

A stunning debut novel written by a black American expatriate and diplomat whose real-life experiences inform the narrative. Resplendent with history, jazz, and mystery, this novel is perfect for fans of Nathanael West, Dashiell Hammett and the “Lost Generation” of American writers in Paris in the early years of the 20th century, such as Ernest Hemingway and F. Scott Fitzgerald.

A gifted black musician from New Orleans, Urby Brown, decides to leave Jim Crow behind and head to Paris. Joining the French Foreign Legion, Urby fights in WWI for France and later settles in Paris along with other black expatriates rather than return to worsening racial climate in America. He discovers a vocation as an undercover detective.

Filled with intrigue and crazy adventure, Urby’s quests will lead him face to face with a devious Nazi plot against America all the while discovering who he really is.

An expertly blended tale of historical and criminal fiction and flat out farce, this tale gives us an incomparable view of Paris in the turbulent years between the electrifying debut of Josephine Baker and the fanatic political and cultural upheavals leading to WWII. This one of a kind story with its unique hero captivates readers from the beginning and dramatizes all the dangers of a climate gone wrong.