Building a Game with Unity and Blender 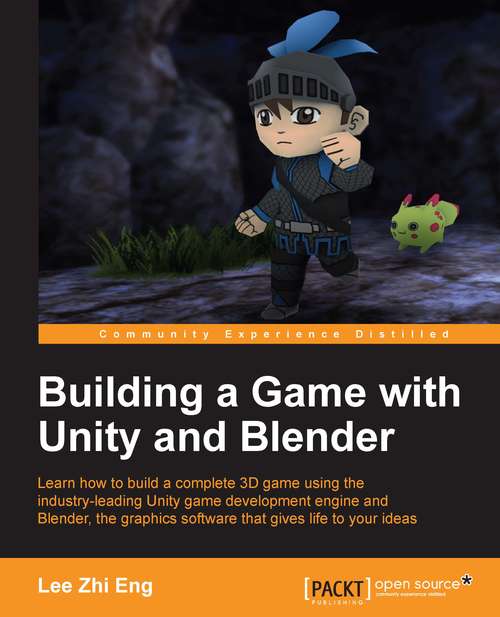 Learn how to build a complete 3D game using the industry-leading Unity game development engine and Blender, the graphics software that gives life to your ideas

* Find out how to designand buildall the core elements required for a great game - from characters to environments, to props--

This book has been created for anyone who wants to learn how to develop their own game using Blender and Unity, both of which are freely available, yet very popular and powerful, tools. Not only will you be able to master the tools, but you will also learn the entire process of creating a game from the ground up.

* Build the game environment from scratch by constructing the terrain and props, and eventually put it all together to form a scene

* Deploy the game for various types of platforms

In the wake of the indie game development scene, game development tools are no longer luxury items costing up to millions of dollars but are now affordable by smaller teams or even individual developers. Among these cutting-edge applications, Blender and Unity stand out from the crowd as a powerful combination that allows small-to-no budget indie developers or hobbyists alike to develop games that they have always dreamt of creating.

Starting from the beginning, this book will cover designing the game concept, constructing the gameplay, creating the characters and environment, implementing game logic and basic artificial intelligence, and finally deploying the game for others to play. By sequentially working through the steps in each chapter, you will quickly master the skills required to develop your dream game from scratch.

A step-by-step approach with tons of screenshots and sample code for readers to follow and learn from. Each topic is explained sequentially and placed in context so that readers can get a better understanding of every step in the process of creating a fully functional game.