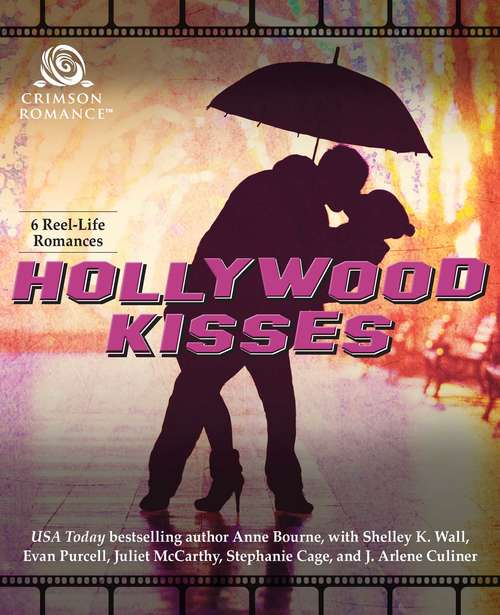 A value-priced romance collection filled with nostalgic appeal for fans of beloved romantic comedy movies ranging from You’ve Got Mail to Dirty Dancing.Did you swoon when Tom Cruise passionately serenaded his flight instructor with a “You’ve Lost That Loving Feeling”? Did your heart swell when Patrick Swayze growled “Nobody puts Baby in the corner”? Then grab a box of popcorn and settle in for these bigger-than-life romances sure to remind you of those fan favorite ’80s and ’90s blockbusters. Blue Moon: Just like Tom Hanks in Splash, Gabriel Rayner rescues a beautiful, drowning mermaid, but this beauty is searching for a champion to fight an evil warlord and save her people, a la Clash of the Titans. But if they fall in love, Gabe will be enslaved to the Merfolk for eternity. In a clash of culture shock and heat, Gabriel and Ephyra battle those odds, but will they have to sacrifice their love to save her life? Text Me: Abigail Jeffries gets a random text from a stranger only to discover the sender, Carter Coben, isn’t so strange after all. In a madcap, modern-day version of You’ve Got Mail, she’s caught up in a game of assumed identities with the same gorgeous guy she got fired from his job. Will they ever manage to sort out their mixed signals, mistaken identities, and misunderstandings to find real love? Waking Up to Love: Fans of While You Were Sleeping will love this debut tale! When Scott McInney’s mom gets a slight case of amnesia, he convinces Ramona, the identical twin sister of his runaway wife, to step into her heels. Ramona reluctantly agrees to help out, but when the pretending gets too real, will Scott figure out that he might have married the wrong twin? Love Above All: The last thing pediatrician Susan Ryan wants is to get involved with arrogant test pilot Major Martin Bennett. Forewarned about fighter pilots in general and Martin in particular, she nevertheless finds herself increasingly attracted to the man, Top Gun style. But a broken engagement has left her cautious and mistrustful of men—how can she avoid becoming just another statistic in the amorous pilot’s logbook? Perfect Partners: London’s latest hit dance competition television show throws Lisa Darby and Redmond Carrington into each other’s arms. The problem? They’re former flames who aren’t looking for a repeat performance, but a little Dirty Dancing is inevitable when old feelings come flooding back. Can they stay in step with their goals and ahead of their past? The Turkish Affair: Anne Pierson was a top-notch Washington journalist until scandal sent her hiding out in backwoods Turkey. She’s working as a translator near the ancient Hittite site of Karakuyu, determined to keep her past a secret…until American archaeologist Renaud Townsend arrives, searching for the culprit behind stolen artifacts. A Raiders of the Lost Ark-style search could lead to a second chance at love, if they are bold enough to meet the challenge. Sensuality Level: Sensual