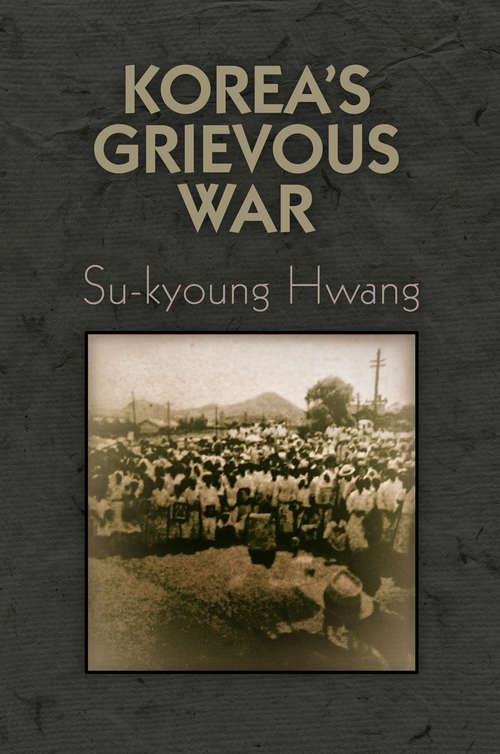 In 1948, two years before Cold War tensions resulted in the invasion of South Korea by North Korea that started the Korean War, the first major political confrontation between leftists and rightists occurred on the South Korean island of Cheju. Communist activists disrupted United Nations-sanctioned elections and military personnel were deployed to Cheju. What began as a counterinsurgency operation targeting 350 local rebels resulted in the deaths of around 30,000 uninvolved civilians, 10 percent of the island's population.

Su-kyoung Hwang's Korea's Grievous War recounts the civilian experience of anticommunist violence, beginning with the Cheju Uprising in 1948 and continuing through the Korean War until 1953. Wartime declarations of emergency by both the U.S. and Korean governments were issued to contain communism, but a major consequence of their actions was to contribute to the loss of over two million civilian lives. Hwang inventories the persecutions of left-leaning intellectuals under the South Korean regime of Syngman Rhee and the executions of political prisoners and innocent civilians to "prevent" their collaboration with North Korea. She highlights the role of the United States in observing, documenting, and yet failing to intervene in the massacres and of the U.S. Air Force's three-year firebombing of North and South Korea.

Hwang draws on archival research and personally conducted interviews to recount vividly the acts of anticommunist violence at the human level and illuminate the sufferings of civilian victims. Korea's Grievous War presents the historical background, political motivations, legal bases, and social consequences of anticommunist violence, tracing the enduring legacy of this destruction in the testimonies of survivors and bereaved families that only now can give voice to the lived experience of the grievous war and its aftermath.