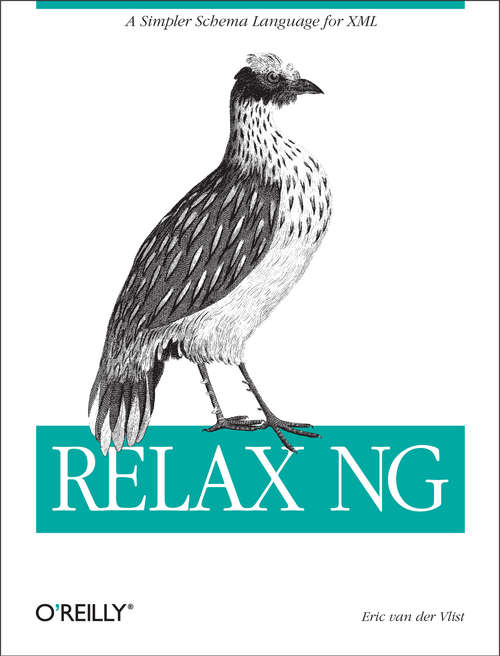 As developers know, the beauty of XML is that it is extensible, even to the point that you can invent new elements and attributes as you write XML documents. Then, however, you need to define your changes so that applications will be able to make sense of them and this is where XML schema languages come into play. RELAX NG (pronounced relaxing), the Regular Language Description for XML Core--New Generation is quickly gaining momentum as an alternative to other schema languages. Designed to solve a variety of common problems raised in the creation and sharing of XML vocabularies, RELAX NG is less complex than The W3C's XML Schema Recommendation and much more powerful and flexible than DTDs.

RELAX NG is a grammar-based schema language that's both easy to learn for schema creators and easy to implement for software developers In RELAX NG, developers are introduced to this unique language and will learn a no-nonsense method for creating XML schemas. This book offers a clear-cut explanation of RELAX NG that enables intermediate and advanced XML developers to focus on XML document structures and content rather than battle the intricacies of yet another convoluted standard.

If you're looking for a schema language that's easy to use and won't leave you in a labyrinth of obscure limitations, RELAX NG is the language you should be using. And only O'Reilly's RELAX NG gives you the straightforward information and everything else you'll need to take advantage of this powerful and intelligible language.