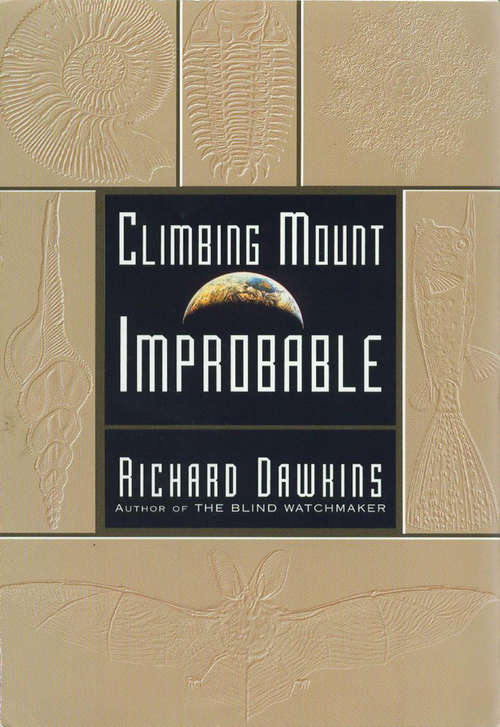 A brilliant book celebrating improbability as the engine that drives life, by the acclaimed author of The Selfish Gene and The Blind Watchmaker.

The human eye is so complex and works so precisely that surely, one might believe, its current shape and function must be the product of design. How could such an intricate object have come about by chance? Tackling this subject--in writing that the New York Times called "a masterpiece"--Richard Dawkins builds a carefully reasoned and lovingly illustrated argument for evolutionary adaptation as the mechanism for life on earth.

The metaphor of Mount Improbable represents the combination of perfection and improbability that is epitomized in the seemingly "designed" complexity of living things. Dawkins skillfully guides the reader on a breathtaking journey through the mountain's passes and up its many peaks to demonstrate that following the improbable path to perfection takes time. Evocative illustrations accompany Dawkins's eloquent descriptions of extraordinary adaptations such as the teeming populations of figs, the intricate silken world of spiders, and the evolution of wings on the bodies of flightless animals. And through it all runs the thread of DNA, the molecule of life, responsible for its own destiny on an unending pilgrimage through time.

Climbing Mount Improbable is a book of great impact and skill, written by the most prominent Darwinian of our age.