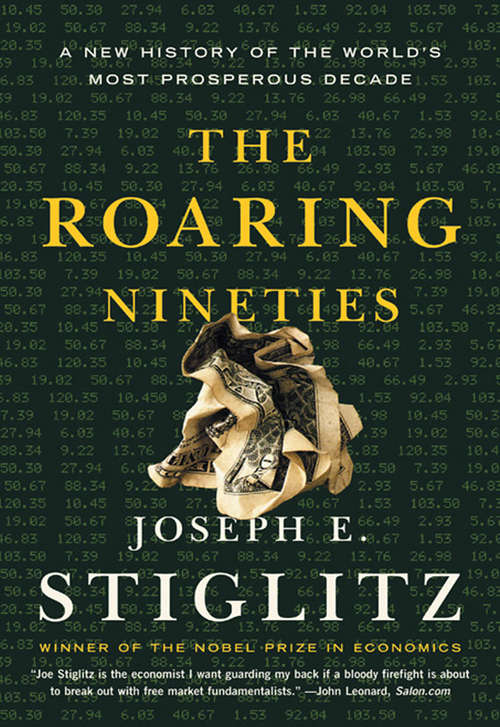 How one of the greatest economic expansions in history sowed the seeds of its own collapse.

With his best-selling Globalization and Its Discontents, Joseph E. Stiglitz showed how a misplaced faith in free-market ideology led to many of the recent problems suffered by the developing nations. Here he turns the same light on the United States.

The Roaring Nineties offers not only an insider's illuminating view of policymaking but also a compelling case that even the Clinton administration was too closely tied to the financial community--that along with enormous economic success in the nineties came the seeds of the destruction visited on the economy at the end of the decade.

This groundbreaking work by the Nobel Prize-winning economist argues that much of what we understood about the 1990s' prosperity is wrong, that the theories that have been used to guide world leaders and anchor key business decisions were fundamentally outdated. Yes, jobs were created, technology prospered, inflation fell, and poverty was reduced. But at the same time the foundation was laid for the economic problems we face today. Trapped in a near-ideological commitment to free markets, policymakers permitted accounting standards to slip, carried deregulation further than they should have, and pandered to corporate greed. These chickens have now come home to roost.

The paperback includes a new introduction that reviews the continued failure of the Bush administration's policies, which have taken a bad situation and made it worse.