Secret in St. Something 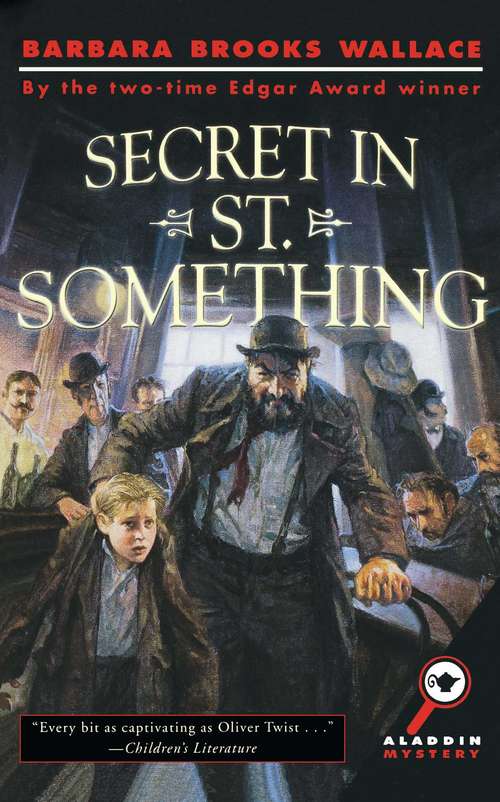 One flight up the narrow, steep stairs, Robin finds himself swallowed up by the darkness, terrified and hating the thought of the misery and fear his knock will bring to the wretched families who huddle behind every door in the building. Thus begins the story set in a grim tenement district of New York City before the turn of the twentieth century. It is there that Robin, once protected by a loving mother and father, both now dead, must contend with a brutal stepfather, Hawker Doak. Yet Robin is faced with only two choices: remain in the ruthless charge of Hawker, collecting the hated rents, and, perhaps worse, being sent to work in a factory or escape into the treacherous slum streets, haunted by, among other horrors, the bullying boys who work and live in the streets, and whom Robin so fears. Either choice provides a sure recipe for a very short life. But in the end it is fear for the life of his baby brother that makes Robin's agonizing decision for him. The answer to whether or not they survive will only be found when Robin discovers the secret guarded by a place called St. Something. Within this true picture of tenement life, Barbara Brooks Wallace has created another chilling mystery that starts with one kind of terror, only to weave its way into yet another, deepened by intrigue and unspeakable treachery.