Space Mining and Its Regulation 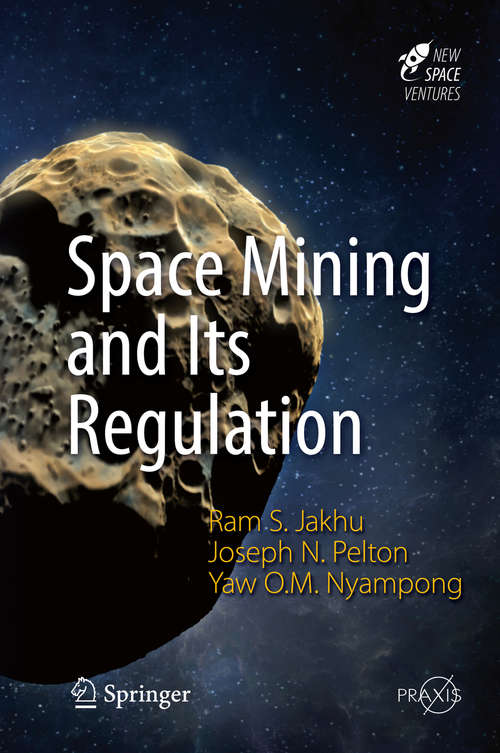 This book reviews the current and possible future regulatory oversight of the state and non-state actors now engaged in or planning to become engaged in the exploration and possible exploitation of space related natural resources, whether they be liquid, gaseous, or mineral.  An increasing number of countries are also becoming involved in space-related activities that were previously carried out primarily by the US and the USSR (now the Russian Federation). The European Union and its individual member states, Japan, China and India in particular are assuming increasingly important roles in space as in many other areas. Even the United Arab Emirates has announced plans to send a future robotic mission to Mars. As such, exploration, exploitation and utilization of space natural resources are no longer matters to be considered within the exclusive domain of competition and decision-making between the US and the Russian Federation. It is significant to note that, in addition to this new international context, the exploitation of space natural resources is also no longer confined to the traditional domains of science and technology.   Regulatory issues abound. These endeavors and how they might be regulated by international treaties, standards, codes of conduct or other means have become a truly international political issue. As a consequence, topics dealing with common concerns - sharing of resources, environment protection, and pollution - easily raise difficulties, as they require different states to agree on common principles having a direct impact on their sovereignty and financial interests.  There is yet another new paradigm in the conduct of space activities. While in the past, space activities traditionally fell under the exclusive domain of governmental entities, the last few years have seen the emergence of the private sector of "space entrepreneurs". This poses several challenges for the pre-existing governance regime whose foundations are steeped in the classical State-based conception of international law. As a result, the text examines adequacies and ambiguities in treaty provisions and national laws, currently accepted practices involving the exploration and exploitation of space natural resources that will grow in importance in the coming decades.