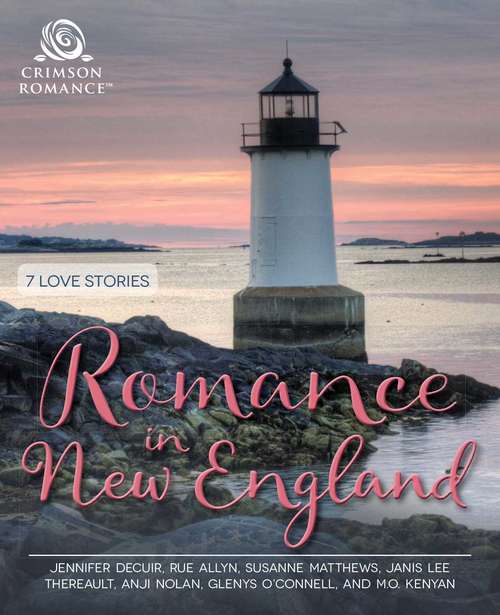 Love blooms along the picturesque New England coastline in these seven romantic tales. From small-town sweetness to fast-paced action, this value-priced digital bundle offers swoon-worthy seductions for every reader.Always My Hero: Ryan Pettridge left Scallop Shores, Maine, a hometown hero with a full scholarship to UCLA and an NFL destiny. But a freak accident stole his dreams, and the all-star athlete returned home to take over the family hardware store. When he comes face to face with his former flame, Bree Adams, it’s clear they still can’t resist each other. But will their difficult past be too much to overcome, or can Bree prove to Ryan once and for all that he has always been a hero in her eyes? One Day’s Loving: Mae Alden likes her quiet life—she’s certainly not cut out to defy convention like her sisters. But everything changes when Boston attorney James Collins reads her father’s will and Mae must choose between who she is and the marriage everyone expects. Could James himself offer the answer to both? The White Carnation: The last person disgraced Boston Examiner reporter Faye Lewis wants back in her life is Detective Rob Halliday, the man she blames for ruining her career and breaking her heart. But when an old friend is murdered, he’s assigned the case. Can they set their troubled past aside and work together, or will the Harvester serial killer and his cult followers reap another prize? The Way You Love Me: When self-confident surgeon Melanie Sweet volunteers her skills in war-torn Kazakhstan, ex-Navy SEAL and security expert Jake McCabe is secretly assigned to protect her. Their attraction is intense as they team up to rescue an orphaned child and escape back to Boston. But Melanie has her own past that’s about to threaten their relationship, too. Will secrets and lies prove stronger than their chance at love? Love Is in the Air: When Royal Canadian Mounted Police Sergeant Jim Cromwell and airline pilot Captain Sophie Berg are hurt in a drive-by shooting, their bond is palpable, even though he suspects she’s the head of the Maine drug smuggling ring he’s sworn to bring down. Then she’s kidnapped, and Jim must decide whether to believe his head or his heart. The Bride’s Curse: In Bar Harbor, Maine, three brides in a row return a gorgeous vintage wedding dress to Kelly Andrews’s Wedding Bliss store, claiming it’s cursed. Kelly thinks it’s nonsense, but these returns are bad for business, so she’d better get to the bottom of the problem. Researching the gown, she meets Brett Atwell, the handsome nephew of the dress’s original owner, and a mischievous spirit sends the two of them on a goose chase for a groom who went missing decades ago. Will love get its due at long last? The Rebel’s Own: In high school, a cruel prank left shy Kennedy Bailey pregnant and alone. Now grown-up and gorgeous, she won’t let anything stop her from saving her five-year-old son’s life when he’s diagnosed with leukemia. Even if it means confronting his father, Boston Rebels quarterback Ryan Carville, who just wants a second chance to show he’s a man worth loving. Sensuality Level: Sensual