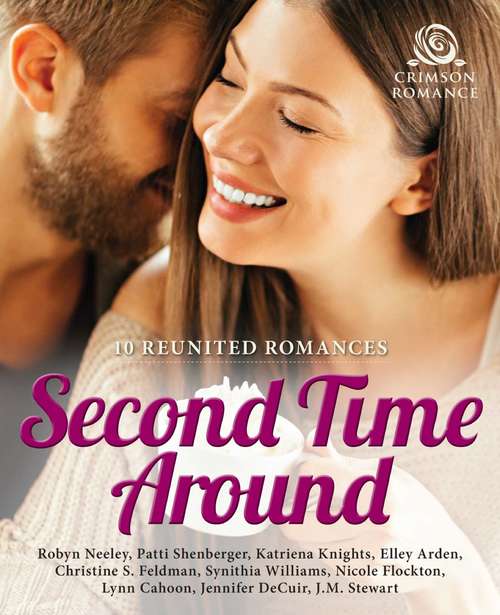 There's nothing secondhand about a second chance at love, as these ten couples prove when their paths cross again. Come along for the ride as they learn just how powerful and sexy destiny can be:Holiday Wedding: Drew Cannon's attempt at a high-profile holiday doll for his family's company was a bust. To save the company's bottom line, he must team up with the company's marketing director, Lauren Kincaid--the woman who dumped him a year ago. Will working together mend and reunite their broken hearts?Secrets of the Heart: After a bad break up, Isabelle poured her heart into becoming a respected cardiologist. But now her flame, Nick Carter, has reappeared as Prince Nicholas Corsairs, heir to the throne of Wellfleet Isle, and he needs her to care for his ailing father.As If You Never Left Me: Rey and Joely Birch had what they thought was a perfect marriage...until it fell apart. Joely picked up the pieces and built a successful retail business. Now Rey is back, determined to win her heart again. But will his carefully laid plans disintegrate when she finds out what really brought him to Colorado?Marrying the Wrong Man: Morgan Parrish's dad planned her marriage to a man destined to be president of the United States, but she fell in love with the town drunk's son, got pregnant, and fled. Now she's back and waitressing at the bistro Charlie Cramer manages. If they give in to the attraction and screw things up again, their daughter will deal with the fallout, or they just might get that American dream after all.Coming Home: No woman ever really forgets her first love. Callie Sorenson's was tall, tanned, and--as her older brother's best friend--completely off limits. But now fate has brought her back home, where Callie quickly realizes that old feelings die hard. Can Danny McCutcheon win over the woman she's become?Love's Replay: Sandra Miller didn't think twice about the opportunity to move to a new city for her career. But the success she needs now comes at a high price: she'll have to partner with David Henderson, the man who said he loved her then crushed her heart. He's making it clear he wants her back, but is the potential personal pain worth the professional gain?Rescuing Dawn: Nurse Dawn Granger has loved and lost and it's a road she's not prepared to travel again--that is until paramedic Andrew Holmes reappears and makes her question feelings she thought long dead.The Bull Rider's Brother: Lizzie Hudson is enjoying rodeo weekend and the start of summer when James Sullivan, the cowboy who got away, walks his Justin Ropers back into her life. Can he learn to redefine family before she gives up on him and marries another?Wynter's Journey: Tragedy tore Wynter and Sam apart before he could tell her how he felt about her. Now fate has dropped her off on his doorstep, widowed, desperately broke, and very pregnant. His sense of honor dictates that he take her in, but soon old feelings resurface. Now the one person he'd wanted to leave behind is the one person he can't let go.Her Soldier's Touch: When U.S. Army Sergeant First Class Colten Taylor returns briefly to Phoenix to bury his brother, he's shocked to see Rachel Madison waiting for him at the airport. He regrets the morning he walked away from her; coming from an abusive home taught Colt to put limits on all his relationships. But now that she has his son in tow, will he keep running?Sensuality Level: Sensual