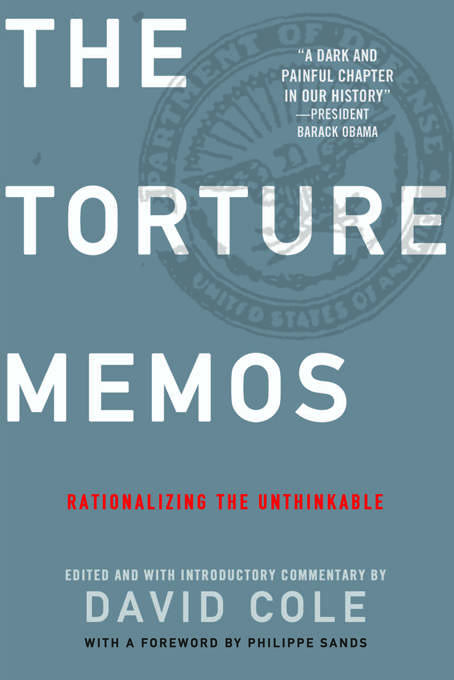 On April 16, 2009, the Justice Department released never-before-seen secret memos describing, in graphic detail, the brutal interrogation techniques used by the CIA under the Bush administration's "war on terror." Now, for the first time, the key documents are compiled in one remarkable volume, showing that the United States government's top attorneys were instrumental in rationalizing acts of torture and cruelty, employing chillingly twisted logic and Orwellian reasoning to authorize what the law absolutely forbids.This collection gives readers an unfiltered look at the tactics approved for use in the CIA's secret overseas prisons--including forcing detainees to stay awake for eleven days straight, slamming them against walls, stripping them naked, locking them in a small box with insects to manipulate their fears, and, of course, waterboarding--and at the incredible arguments advanced to give them a green light. Originally issued in secret by the Office of Legal Counsel between 2002 and 2005, the documents collected here have been edited only to eliminate repetition. They reflect, in their own words, the analysis that guided the legal architects of the Bush administration's interrogation policies.Renowned legal scholar David Cole's introductory essay tells the story behind the memos, and presents a compelling case that instead of demanding that the CIA conform its conduct to the law, the nation's top lawyers contorted the law to conform to the CIA's abusive and patently illegal conduct. He argues eloquently that official accountability for these legal wrongs is essential if the United States is to restore fidelity to the rule of law.