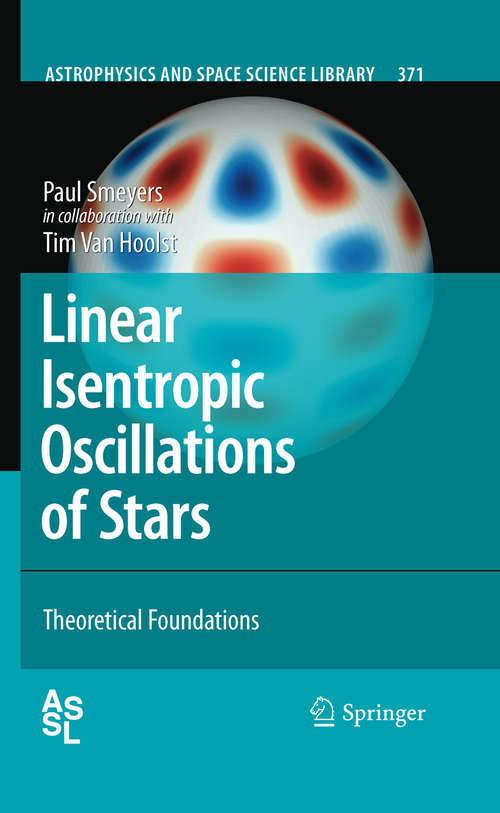 The study of stellar oscillations is the preeminent way to investigate the stability of stars and to interpret their variability. The theory of the linear, isentropic oscillations of isolated gaseous stars, and thus of compressible spherically symmetric equilibrium configurations, has largely been developed from the viewpoint of the hypothesis of the physical radial pulsations of stars.

Written for doctoral students and researchers, this monograph aims to provide a systematic and consistent survey of the fundamentals of the theory of free, linear, isentropic oscillations in spherically symmetric, gaseous equilibrium stars. The first part of the book presents basic concepts and equations, the distinction between spheroidal and toroidal normal modes, the solution of Poisson's differential equation for the perturbation of the gravitational potential, and Hamilton's variational principle. The second part is devoted to the possible existence of waves propagating in the radial direction, the origin and classification of normal modes, the completeness of the normal modes, and the relation between the local stability with respect to convection and the global stability of a star. The third part deals with asymptotic representations of normal modes and with slow period changes in rapidly evolving pulsating stars.