Health and Well-Being in Islamic Societies 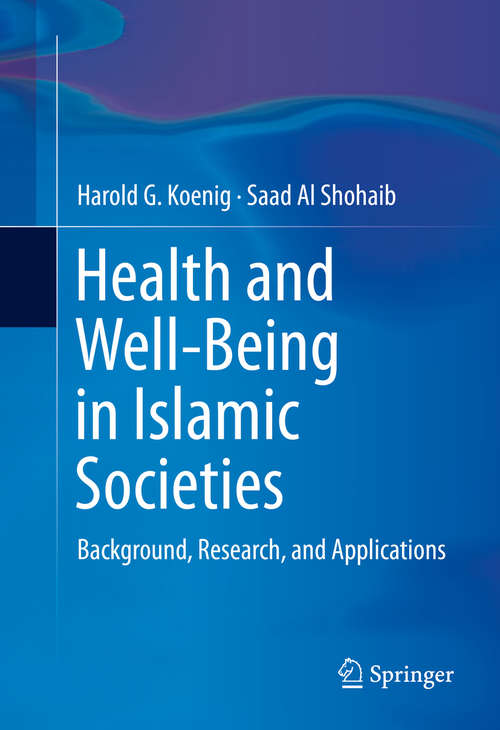 From the first hospitals to pioneering pharmacy techniques, the early history of medicine reflects the groundbreaking contributions of Islamic physicians and scientists. Less recognized, however, is the impact of Islam on the health and daily health practices of modern day Muslims. Meticulously documented with current research sources and relevant religious texts, Health and Well-Being in Islamic Societies sheds light on the relationships between Muslim beliefs and physical, psychological, and social health. Background chapters trace Muslim thought on health and healing as it has evolved over the centuries to the present. The authors provide even-handed comparisons with Christianity as the two traditions approach medical and ethical questions, and with Christian populations in terms of health outcomes, assuring coverage that is not only objective but also empirically sound and clinically useful. And as the concluding chapters show, understanding of these similarities and differences can lead to better care for clients, cost-effective services for communities, and healthier Muslim populations in general. Included among the book's topics: Muslim beliefs about health, healing, and healthcare Similarities and differences between Muslim and Christian health beliefs Impact of religion on physical, mental, and community health in Muslims Understanding how Islam influences health Applications for clinical practice Implications for public health Cultural awareness is critical to improving both individual client health and public health on a global scale. Health and Well-Being in Islamic Societies is essential reading for clinical and health psychologists, psychiatrists, social workers, and nurses, and will be informative for the general reader as well.