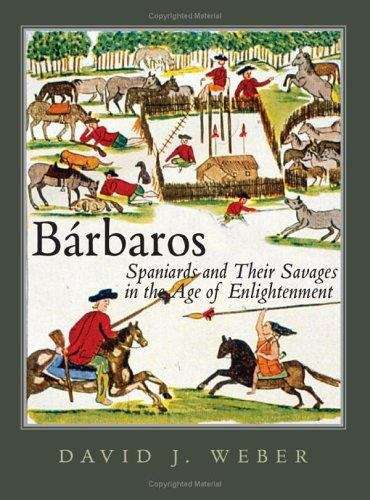 Two centuries after Cortés and Pizarro seized the Aztec and Inca empires, Spain’s conquest of America remained unfinished. Indians retained control over most of the lands in Spain’s American empire. Mounted on horseback, savvy about European ways, and often possessing firearms, independent Indians continued to find new ways to resist subjugation by Spanish soldiers and conversion by Spanish missionaries.

In this panoramic study, David J. Weber explains how late eighteenth century Spanish administrators tried to fashion a more enlightened policy toward the people they called bárbaros, or “savages.” Even Spain’s most powerful monarchs failed, however, to enforce a consistent, well-reasoned policy toward Indians. At one extreme, powerful independent Indians forced Spaniards to seek peace, acknowledge autonomous tribal governments, and recognize the existence of tribal lands, fulfilling the Crown’s oft-stated wish to use “gentle” means in dealing with Indians. At the other extreme the Crown abandoned its principles, authorizing bloody wars on Indians when Spanish officers believed they could defeat them. Power, says Weber, more than the power of ideas, determined how Spaniards treated “savages” in the Age of Enlightenment.