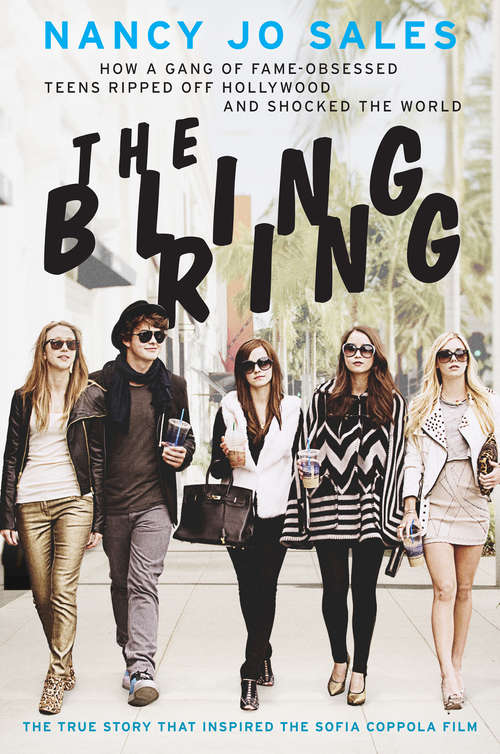 The true story that inspired the Sofia Coppola filmParis Hilton, Lindsay Lohan, Orlando Bloom, Rachel Bilson: robbed. More than $3 million in stolen clothing, jewelry, shoes, and handbags reported missing. Who is behind one of the most brazen string of crimes in recent Hollywood history?Meet the Bling Ring: a band of club-hopping teenagers from the Valley with everything to lose. Over the course of a year, the members of the now infamous Bling Ring allegedly burglarized some of the biggest names in young Hollywood. Driven by celebrity worship, vanity, and the desire to look and dress like the rich and famous, these seven teenagers made headlines for using Google maps, Facebook, and TMZ to track the comings and goings of their targets. Many of the houses were unlocked. Alarms disabled. A "perfect" crime--celebrities already had so much, why shouldnt the Bling Ring take their share? As the unprecedented case unfolded in the news, the world asked: How did our obsession with celebrities get so out of hand? Why would a group of teens who already had so much, take such a risk? Acclaimed Vanity Fair writer Nancy Jo Sales found the answer: they did it because each stolen T-shirt or watch brought them closer to living the Hollywood dream . . . and because it was terrifyingly easy. For the Bling Ring the motivation was something deeper than money--they were compelled by a compulsion to be famous. Gaining unprecedented access to the group of teens, Sales traces the crimes minute by minute and details the key players stories in a shocking look at the seedy, and troubling, world of the real young Hollywood.