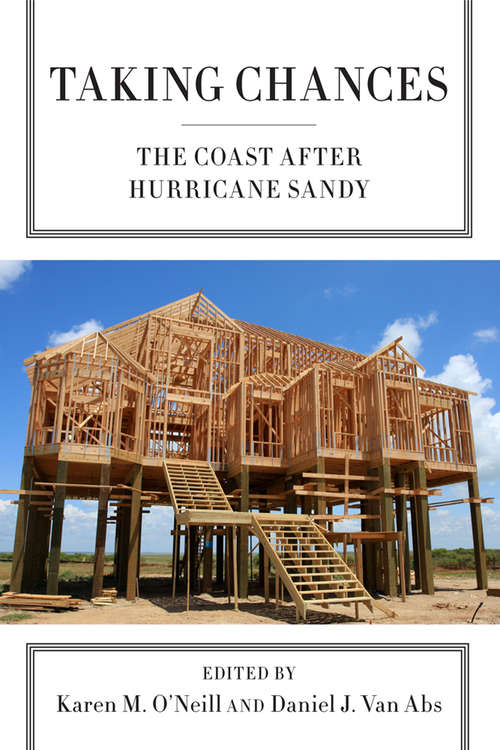 Humanity is deeply committed to living along the world's shores, but a catastrophic storm like Sandy--which took hundreds of lives and caused many billions of dollars in damages--shines a bright light at how costly and vulnerable life on a shoreline can be. Taking Chances offers a wide-ranging exploration of the diverse challenges of Sandy and asks if this massive event will really change how coastal living and development is managed. Bringing together leading researchers--including biologists, urban planners, utilities experts, and climatologists, among others--Taking Chances illuminates reactions to the dangers revealed by Sandy. Focusing on New Jersey, New York, and other hard-hit areas, the contributors explore whether Hurricane Sandy has indeed transformed our perceptions of coastal hazards, if we have made radically new plans in response to Sandy, and what we think should be done over the long run to improve coastal resilience. Surprisingly, one essay notes that while a large majority of New Jerseyans identified Sandy with climate change and favored carefully assessing the likelihood of damage from future storms before rebuilding the Shore, their political leaders quickly poured millions into reconstruction. Indeed, much here is disquieting. One contributor points out that investors scared off from further investments on the shore are quickly replaced by new investors, sustaining or increasing the overall human exposure to risk. Likewise, a study of the Gowanus Canal area of Brooklyn shows that, even after Sandy swamped the area with toxic flood waters, plans to convert abandoned industrial lots around the canal into high-density condominiums went on undeterred. By contrast, utilities, emergency officials, and others who routinely make long-term plans have changed operations in response to the storm, and provide examples of adaptation in the face of climate change. Will Sandy be a tipping point in coastal policy debates--or simply dismissed as a once-in-a-century anomaly? This thought-provoking collection of essays in Taking Chances makes an important contribution to this debate.