The Trembling of a Leaf 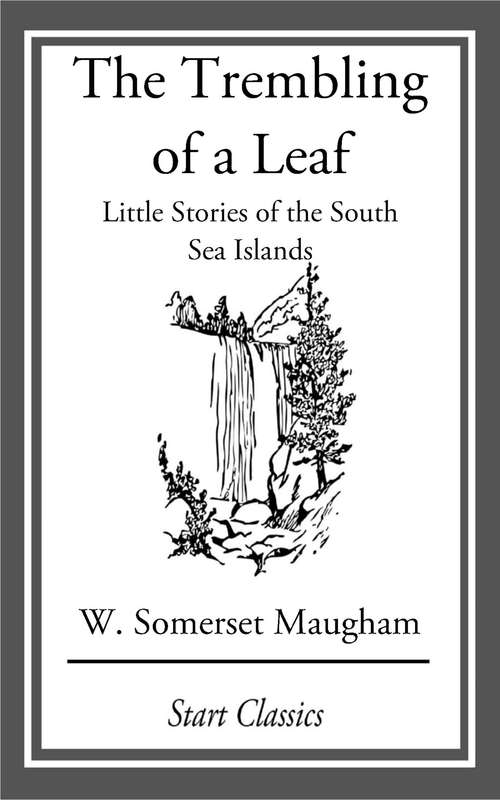 THE Pacific is inconstant and uncertain like the soul of man. Sometimes it is grey like the English Channel off Beachy Head, with a heavy swell, and sometimes it is rough, capped with white crests, and boisterous. It is not so often that it is calm and blue. Then, indeed, the blue is arrogant. The sun shines fiercely from an unclouded sky. The trade wind gets into your blood and you are filled with an impatience for the unknown. The billows, magnificently rolling, stretch widely on all sides of you, and you forget your vanished youth, with its memories, cruel and sweet, in a restless, intolerable desire for life. On such a sea as this Ulysses sailed when he sought the Happy Isles. But there are days also when the Pacific is like a lake. The sea is flat and shining. The flying fish, a gleam of shadow on the brightness of a mirror, make little fountains of sparkling drops when they dip. There are fleecy clouds on the horizon, and at sunset they take strange shapes so that it is impossible not to believe that you see a range of lofty mountains. They are the mountains of the country of your dreams. You sail through an unimaginable silence upon a magic sea. Now and then a few gulls suggest that land is not far off, a forgotten island hidden in a wilderness of waters; but the gulls, the melancholy gulls, are the only sign you have of it. You see never a tramp, with its friendly smoke, no stately bark or trim schooner, not a fishing boat even: it is an empty desert; and presently the emptiness fills you with a vague foreboding.