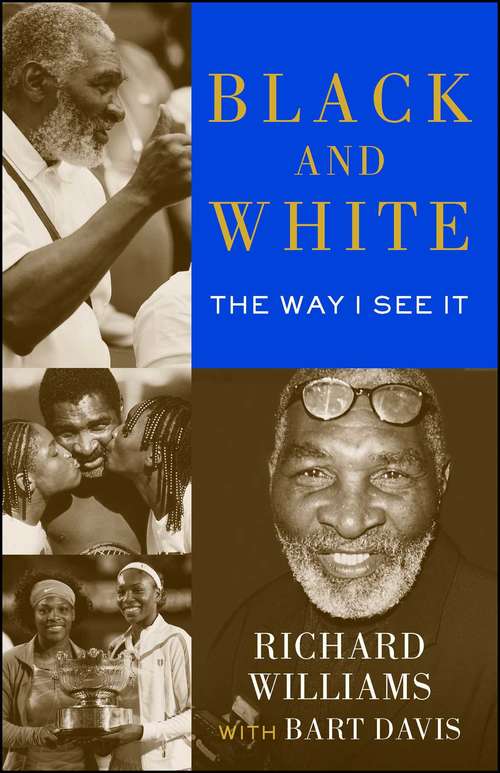 He'd set his mind to raise two of the greatest women champions in professional tennis well before they could even hold a racket. The father of Venus and Serena Williams had a grand plan for his daughters. The source of his vision, the method behind his execution, and the root of his indomitable spirit he held private. Until now. What he reveals about his success--his story of struggle, determination, hard work, and family--is told in the pages of this inspiring memoir, Black and White: The Way I See It. Richard Williams, for the first time ever, shares stories about the poverty and violence of his early life in Shreveport, Louisiana, in the 1940s--a life that could have ended on the day he was born because of indifference, racism, and cruelty were it not for the strength of his mother and the kindness of a stranger. Williams's mother was his hero, just as he became a hero to Venus and Serena, who express in the book the lessons he taught them and how much they love their much-criticized and even maligned father. His critics claimed that he was "in the way" of his daughters' athletic success, that he was "destroying his daughters' marketing and advertising abilities," and even accused him of "abuse." Richard Williams describes a family life held together by the principles that matter most: courage, confidence, commitment, faith, and above all, love. "When you're younger, as a female, you flock to your father. When you get older, you're closer to your mother. I still feel really, really close to my father. . . . We have a great relationship. There is an appreciation. There is a closeness because of what we've been through together, and a respect," says Serena. "Training started early for my kids, but it wasn't only on the tennis courts. I used to take Venus and Serena to work with me so they could learn the importance of planning, responsibility, and a strong work ethic, even at their early age," Richard Williams writes. The self-made man saw the value of education and had the discipline to practice what he learned. He went so far as to write a plan for his family's future before his tennis champion daughters were ever born. Richard Williams has walked a long, hard, exciting, and ultimately rewarding road for seventy years, fighting every hand raised against him while raising a loving family and two of the greatest tennis players who ever lived.