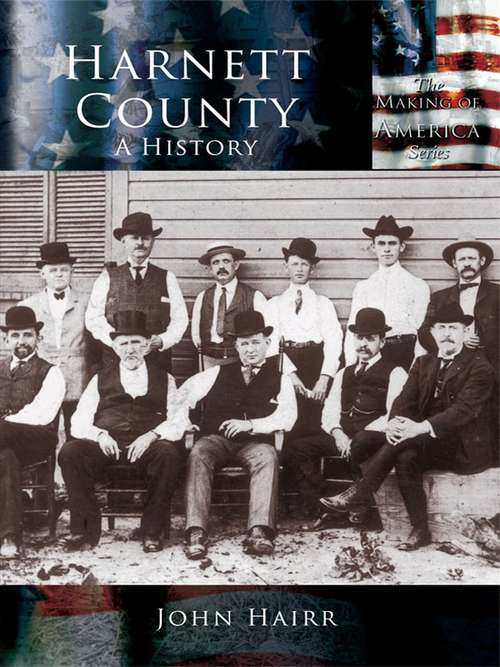 Marked by the diversity of its land and the resilience of its people, Harnett County boasts a rich history characterized by military battles and local politics, notable figures and prominent industries, and the commitment of its people to improve their communities for future generations. From the steep hills and swift creeks of the Piedmont to the scrub oaks and barren soil of the Sandhills, from the Mingo Swamp to the Cape Fear River, Harnett County's topography has challenged and inspired newcomers for centuries, strengthening their spirit, hardening their resolve, and shaping each community they created.In the eighteenth century, stalwart pioneers began to establish settlements in the rough and varied landscape of the region that was one day to become Harnett County. Traveling along old Native American trails or following the watery highways of the Cape Fear River and its tributaries, these mainly European settlers-including a large influx of Highland Scots-made their way into the remote interior of the province, where they constructed modest cabins and set about farming the land. Through the years, the people of Harnett joined in the struggles to win freedom from England, to defend the South, and to battle the forces of evil on the other side of the world, but they also fought to build strong communities, such as Erwin, Lillington, and Dunn, and to enhance the daily lives of all county residents. Plank roads and canals, mills and iron works, railroads and academies, all served to connect citizens to the world beyond their doors and to advance the growing prosperity. Situated between the metropolitan cities of Raleigh and Fayetteville, the county begins the new century with a focus on developing industry and fostering the pride so deeply felt by all who call Harnett County home.