Updating to Remain the Same 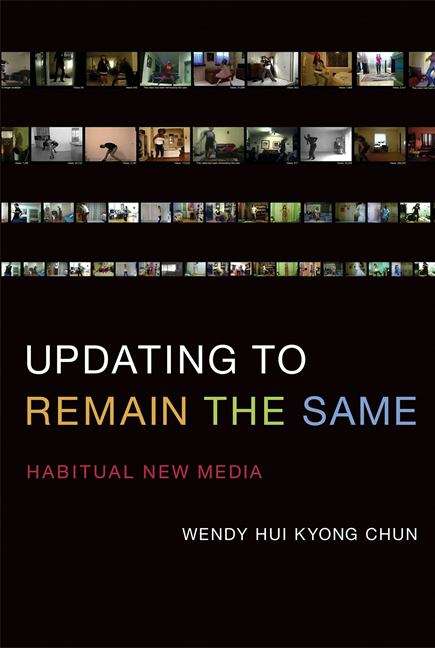 New media -- we are told -- exist at the bleeding edge of obsolescence. We thus forever try to catch up, updating to remain the same. Meanwhile, analytic, creative, and commercial efforts focus exclusively on the next big thing: figuring out what will spread and who will spread it the fastest. But what do we miss in this constant push to the future? In Updating to Remain the Same, Wendy Hui Kyong Chun suggests another approach, arguing that our media matter most when they seem not to matter at all -- when they have moved from "new" to habitual. Smart phones, for example, no longer amaze, but they increasingly structure and monitor our lives. Through habits, Chun says, new media become embedded in our lives -- indeed, we become our machines: we stream, update, capture, upload, link, save, trash, and troll. Chun links habits to the rise of networks as the defining concept of our era. Networks have been central to the emergence of neoliberalism, replacing "society" with groupings of individuals and connectable "YOUS." (For isn't "new media" actually "NYOU media"?) Habit is central to the inversion of privacy and publicity that drives neoliberalism and networks. Why do we view our networked devices as "personal" when they are so chatty and promiscuous? What would happen, Chun asks, if, rather than pushing for privacy that is no privacy, we demanded public rights -- the right to be exposed, to take risks and to be in public and not be attacked?