This Is Our Land 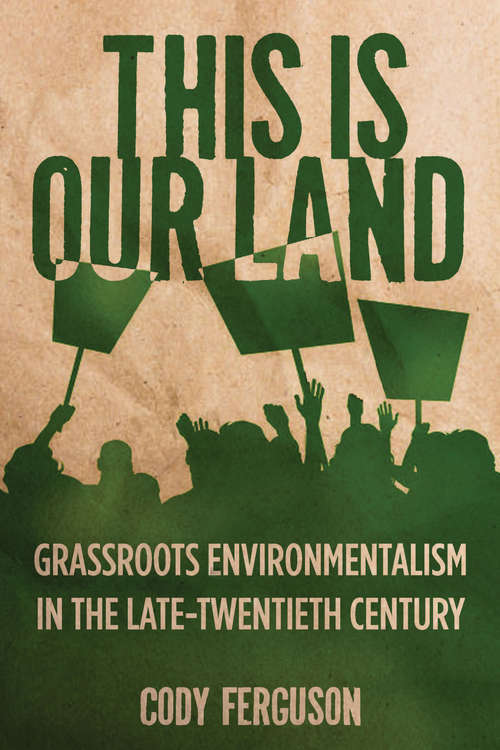 In the last three decades of the twentieth century, the environmental movement experienced a quiet revolution. In This is Our Land, Cody Ferguson documents this little-noted change as he describes the efforts of three representative grassroots groups--in Montana, Arizona, and Tennessee--revealing how quite ordinary citizens fought to solve environmental problems. Here are stories of common people who, confronting environmental threats to the health and safety of their families and communities, bonded together to protect their interests. These stories include successes and failures as citizens learned how to participate in their democracy and redefined what participation meant. Equally important, Ferguson describes how several laws passed in the seventies--such as the National Environmental Policy Act--gave citizens the opportunity and the tools to fight for the environment. These laws gave people a say in the decisions that affected the world around them, including the air they breathed, the water they drank, the land on which they made their living, and the communities they called home. Moreover, Ferguson shows that through their experiences over the course of the 1970s, '80s, and '90s, these citizen activists broadened their understanding of "this is our land" to mean "this is our community, this is our country, this is our democracy, and this is our planet." As they did, they redefined political participation and expanded the ability of citizens to shape their world. Challenging us to see activism in a new way, This is Our Land recovers the stories of often-unseen citizens who have been vitally important to the environmental movement. It will inspire readers to confront environmental threats and make our world a safer, more just, and more sustainable place to live.