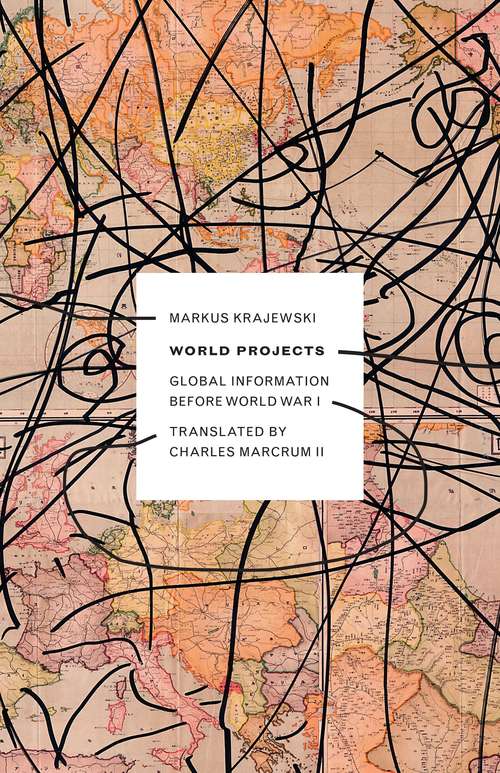 Markus Krajewski is emerging as a leading scholar in the field of media archaeology, which seeks to trace cultural history through the media networks that enable and structure it. In World Projects he opens a new portal into the history of globalization by examining several large-scale projects that, at the beginning of the twentieth century, shared a grand yet unachievable goal: bringing order to the world. Drawing from a broad array of archival materials, Krajewski reveals how expanding commercial relations, growing international scientific agreements, and an imperial monopolization of the political realm spawned ambitious global projects. World Projects contends that the late nineteenth-century networks of cables, routes, and shipping lines--of junctions, crossovers, and transfers--merged into a "multimedia system" that was a prerequisite for conceiving a world project. As examples, he presents the work of three big-thinking "plansmiths," each of whose work mediates between two discursive fields: the chemist and natural philosopher Wilhelm Ostwald, who spent years promoting a "world auxiliary language" and a world currency; the self-taught "engineer" and self-anointed authority on science and technology Franz Maria Feldhaus, who labored to produce an all-encompassing "world history of technology"; and Walther Rathenau, who put economics to the service of politics and quickly transformed the German economy. With a keen eye for the outlandish as well as the outsized, Krajewski shows how media, technological structures, and naked human ambition paved the way for global-scale ventures that together created the first "world wide web."