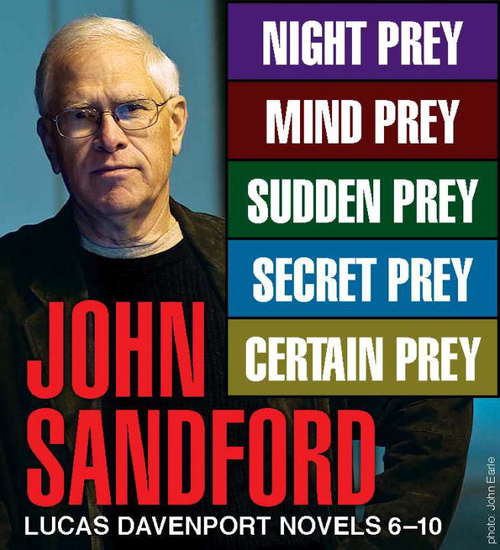 Night Prey: A savage psychopath is playing cat and mouse with Lucas Davenport. But both killer and detective find themselves at odds with a female investigator who has intensely personal reasons for catching the killer herself-and fast.

MInd Prey: Davenport matches wits and wills with an obsessed kidnapper whose victims are edging ever closer to a fate worse than any nightmare...

Sudden Prey: After a vicious female bank robber named Candy dies in a shootout with police, her violent associates vow revenge, targeting the loved ones of the police officers involved, and it is up to Lucas Davenport to stop the nightmarish killings.

Secret Prey: A wealthy banker is dead, shot once in the chest during a hunting trip. There are many reasons for him to be killed, and many people who would do the deed. But who did? Lucas Davenport has an idea.

Certain Prey: When a wealthy socialite is murdered, the brilliant killer sets her sights on the one man who can solve the case--Lucas Davenport.