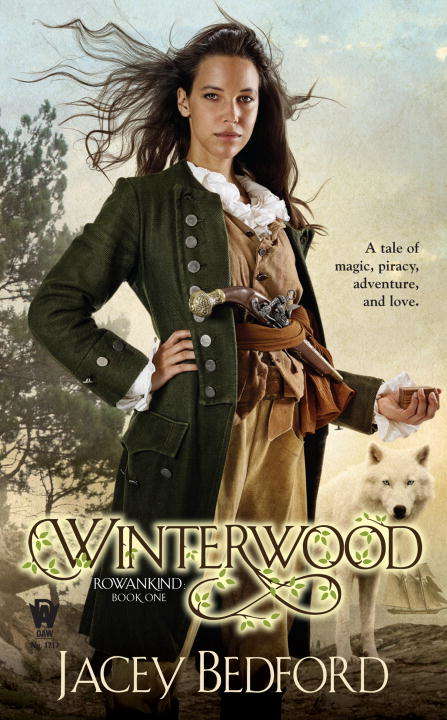 It's 1800. Mad King George is on the British throne, and Bonaparte is hammering at the door. Magic is strictly controlled by the Mysterium, but despite severe penalties, not all magic users have registered. Ross Tremayne, widowed, cross-dressing privateer captain and unregistered witch, likes her life on the high seas, accompanied by a boatload of swashbuckling pirates and the possessive ghost of her late husband, Will. When she pays a bitter deathbed visit to her long-estranged mother she inherits a half brother she didn't know about and a task she doesn't want: open the magical winterwood box and right an ancient wrong--if she can. Enter Corwen. He's handsome, sexy, clever, and capable, and Ross doesn't really like him; neither does Will's ghost. Can he be trusted? Whose side is he on?Unable to chart a course to her future until she's unraveled the mysteries of the past, she has to evade a ruthless government agent who fights magic with darker magic, torture, and murder; and brave the hitherto hidden Fae. Only then can she hope to open the magical winterwood box and right her ancestor's wrongdoing. Unfortunately, success may prove fatal to both Ross and her new brother, and desastrous for the country. By righting a wrong, is Ross going to unleash a terrible evil? Is her enemy the real hero and Ross the villain?From the Paperback edition.