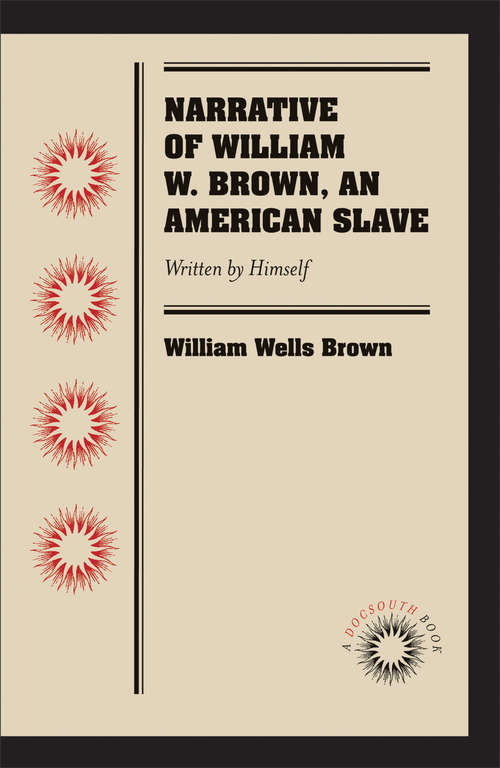 By 1849, the Narrative of William W. Brown was in its fourth edition, having sold over 8,000 copies in less than eighteen months and making it one of the fastest-selling antislavery tracts of its time. The book's popularity can be attributed both to the strong voice of its author and Brown's notoriety as an abolitionist speaker. The son of a slave and a white man, Brown recounts his years in servitude, his cruel masters, and the brutal whippings he and those around him received. He provides a detailed description of his failed attempt to escape with his mother; after their capture, they were sold to new masters. A subsequent escape attempt succeeds. He is taken in by a kind Quaker, Wells Brown, whose name he adopts in gratitude. Shortly thereafter, Brown crosses the Canadian border. Brown's Narrative includes stories of fighting devious slave traders and bounty hunters, various antislavery poems, articles and stories (written by him and others), newspaper clippings, reward posters, and slave sale announcements. A DOCSOUTH BOOK. This collaboration between UNC Press and the University of North Carolina at Chapel Hill Library brings selected classic works from the digital library of Documenting the American South back into print. DocSouth Books uses the latest digital technologies to make these works available as downloadable e-books or print-on-demand publications. DocSouth Books are unaltered from the original publication, providing affordable and easily accessible editions to a new generation of scholars, students, and general readers.