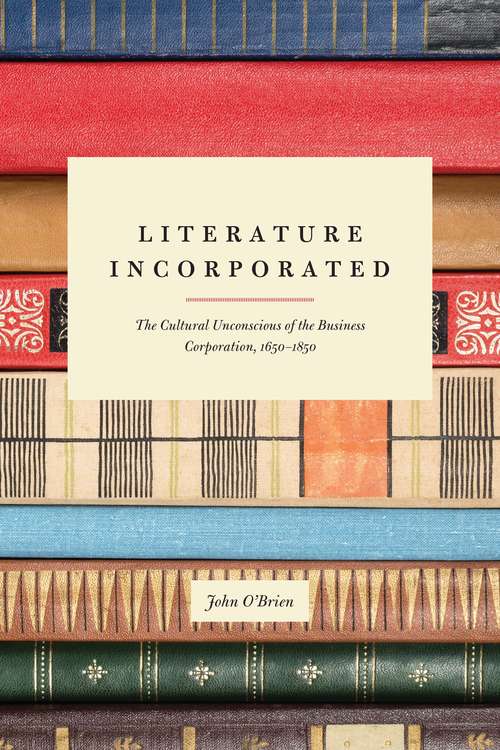 Long before Citizens United and modern debates over corporations as people, such organizations already stood between the public and private as both vehicles for commerce and imaginative constructs based on groups of individuals. In this book, John O'Brien explores how this relationship played out in economics and literature, two fields that gained prominence in the same era.

Examining British and American essays, poems, novels, and stories from the seventeenth through the nineteenth centuries, O'Brien pursues the idea of incorporation as a trope discernible in a wide range of texts. Key authors include John Locke, Eliza Haywood, Harriet Martineau, and Edgar Allan Poe, and each chapter is oriented around a type of corporation reflected in their works, such as insurance companies or banks. In exploring issues such as whether sentimental interest is the same as economic interest, these works bear witness to capitalism's effect on history and human labor, desire, and memory. This period's imaginative writing, O'Brien argues, is where the unconscious of that process left its mark. By revealing the intricate ties between literary models and economic concepts, Literature Incorporated shows us how the business corporation has shaped our understanding of our social world and ourselves.