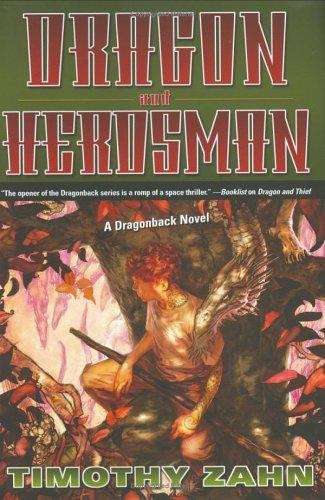 Jack Morgan has had it rough. He was orphaned at three, then lost his Uncle Virgil ten years later. But the plucky fourteen-year-old didn't know what rough was until he met Draycos, sole survivor of an advance force of alien refugees that had been brutally ambushed over the world where Jack was in hiding from the authorities.

The K'da poet-warrior needed to bond with a host, or he would die; the reformed boy thief and con artist needed a friend, someone he could depend on as he tried to clear his name. Since then they've formed a unique team, determined to find and expose those responsible for the slaughter of Draycos's team. In the months since fate threw them together, they've been through a lot.

But when Jack tries to hack the computer in an office of the notorious Malison Ring, their quest nearly ends in the jaws of that mercenary organization's trap. Luckily, Alison Kayna, a girl Jack had worked with as a reluctant mercenary for another outfit, comes to his rescue. Evading pursuit, they escape to the primitive world of Rho Scorvi, where she's planned a rendezvous with friends. But at the edge of Rho Scorvi's hundred-mile-wide forest, they make a shocking discovery: traveling with a group of the planet's native Erassvas is a small lost colony of Draycos's own race, the K'da. But unlike Draycos's people, these K'da - known as Phookas - are slow, lethargic, and unintelligent.

When the Malison Ring tracks Jack's ship, the Essenay to Rho Scorvi, Jack realizes that unless he and Draycos and a reluctant Alison can lead the Phookas to safety in the forest, these unfortunate creatures will become the latest victims of the genocide that threatens to wipe out their entire race.

Jack has already been a thief, a soldier, and a slave. Now he must become a herdsman, protecting the Phookas from danger as they travel deep into the unexplored forest. But even more importantly, he must protect from the mercenaries and Alison the dark secret of the herd and Jack's poet-warrior ally. Only if they succeed do they stand a chance of surviving Rho Scorvi to continue their quest...