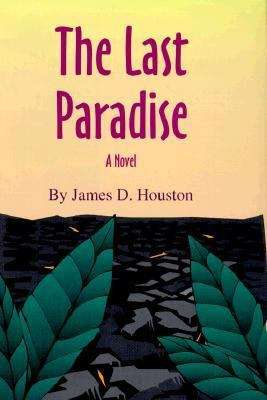 In "The Last Paradise", James D. Houston transforms a classic genre, the detective story, into a masterful narrative of a quest for spiritual and cultural value. The time is 1986. Travis Doyle, a restless Vietnam veteran now working as an insurance claims adjuster in the Bay Area, is dispatched to Hawai'i to investigate fire damage at a geothermal drilling site located in volcanic lava fields. The last thing he expects is to confront the mystery of an ancient spirituality and an indigenous world view that tests and challenges his own. On the Big Island he encounters a former lover, Evangeline Sakai, a mixed-blood woman who, after many years away, has returned hoping to reconnect with her ancestral past. She becomes Travis's guide through a realm of nature signs and uncanny coincidences. With her he comes to know a world in which two opposing views are in conflict: Earth as commodity (whose resources exist to be consumed) and Earth as ancestor (to be honored and revered).

"The Last Paradise" begins in San Francisco and pushes farther west, past the continent's edge, out into the Pacific. While its environmental drama is as contemporary as today's headlines, the novel resonates with the ancient themes of quest and transformation. A compelling cross-cultural love story, it is also a lyrical meditation on the volcano. Said to be the home of Pele, the fire goddess, Hawai'i's volcano region is at once destructive and creative, deadly and healing. Its capacity to transform human lives is at the heart of this powerful tale of crisis and renewal.