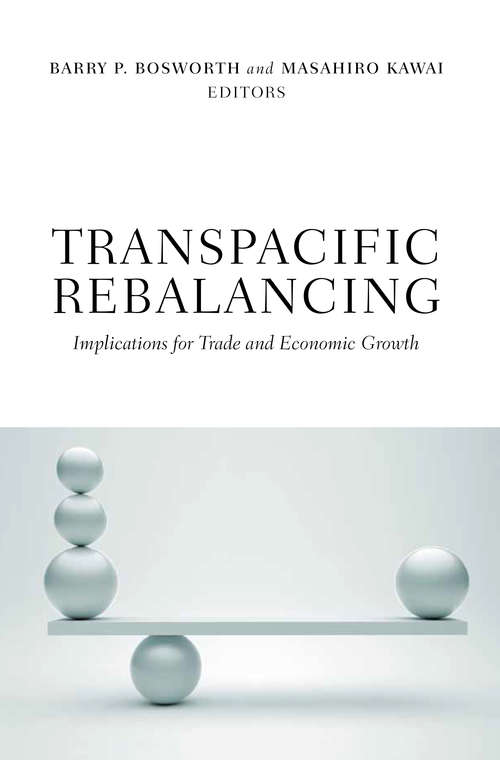 Persistently large external imbalances in the world economy contributed to the outbreak of the recent financial crisis. The current account imbalances were particularly severe among the economies that border on the Pacific--the United States ran large deficits, with offsetting surpluses in East Asia. The depth and breadth of the global recession also demonstrated the need for a coordination of national policies to achieve a sustained recovery.While the magnitude of global-trade disruption led to some reduction in the size of the imbalances, closer examination suggests that the progress may prove temporary. On the other hand, significant changes in the underlying patterns of saving and investment suggest that some of the recent rebalancing may prove to be more permanent. Are such imbalances really a problem? If so, why and for whom? What should be done about

them--if anything--and what does the future likely hold for transpacific trade relations? In this timely book, Asian and American economists explore those important questions.Copublished with the Asian Development Bank Institute, Transpacific Rebalancing is coedited by Barry Bosworth--long one of the Brookings Institution's leading economic analysts--and Masahiro Kawai, dean of the ADBI. They brought together leading economists from either side of the Pacific to analyze such issues as: The impact of exchange rates The policy choices facing the "Asian tigers" The specifics and effects of trade imbalances in specific countries including the United States, South Korea, Thailand, India, and ChinaContributors include Hwee Kwan Chow, Susan M. Collins, Barry Eichengreen, Joonkyung Ha, Yping Huang, Ginalyn Komoto, Jong-Wha Lee, Rajiv Kumar, Deunden Nikomborirak, Gisela Rua, Lea Sumulong, Chalongphob Sussankam, Kunyu Tao, Willem Thorbecke, and Pankaj Vashisht.