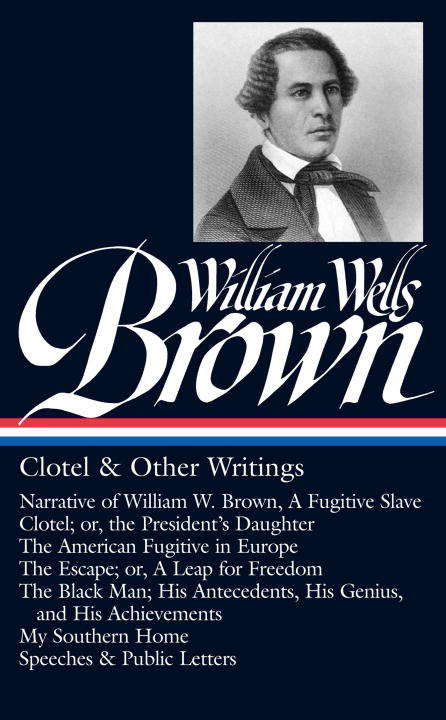 Born a slave and kept functionally illiterate until he escaped at age nineteen, William Wells Brown (1814-1884) refashioned himself first as an agent of the Underground Railroad, then as an antislavery activist and self-taught orator, and finally as the author of a series of landmark works that made him, like Frederick Douglass, a foundational figure of African American literature. His controversial novel Clotel; or, the President's Daughter (1853), a fictionalized account of the lives and struggles of Thomas Jefferson's black daughters and granddaughters, is the first novel written by an African American. This Library of America volume brings it together with Brown's other groundbreaking works: Narrative of William W. Brown: A Fugitive Slave, Written by Himself (1847), his first published book and an immediate bestseller, which describes his childhood, life in slavery, and eventual escape; later memoirs charting his life during the Civil War and Reconstruction; the first play (The Escape; or, A Leap for Freedom, 1858), travelogue (The American Fugitive inEurope, 1855), and history (The Black Man, His Antecedents, His Genius, and His Achievements, 1862) written by an African American; and eighteen speeches and public letters from the 1840s, 50s, and 60s, many collected here for the first time.