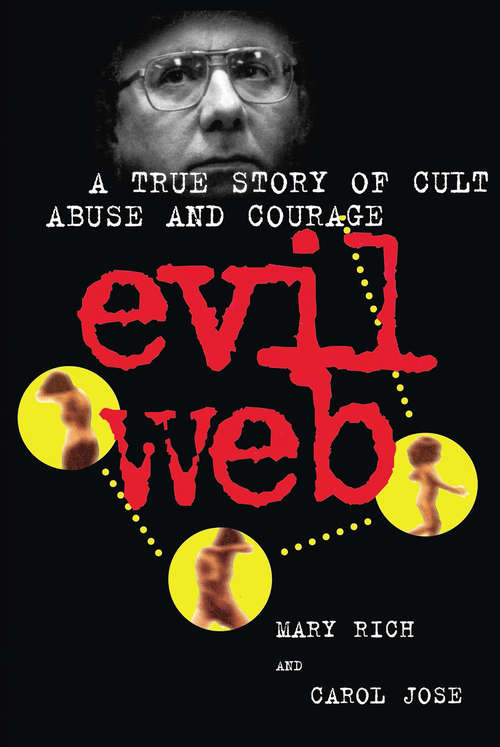 Mary Rich, an average, attractive, reasonably intelligent woman, allows herself and her family to be drawn into a twisted cultist's evil web in this often horrifying and bizarre but gripping and compelling true story. Cutting herself off from relatives and friends, she willingly follows him on a fanatical journey, thereby sentencing herself, her husband and their children to a prison of abuse and terror.Leading them on their odyssey of torture and torment is Ronald Larrinaga, a charismatic, Bible-waving sociopath. He utilizes religion and fear to trap, enfold and render his victims helpless. As time passes, the Rich family become completely enslaved and follow his every dictate. The tension builds as they endure physical abuse, starvation, despair and suffering as tests of their obedience.When the FBI and police confront Larrinaga, he eludes detection until Mary breaks the shackles of mind control, freeing herself and her family, then bringing their torturer to justice.Evil Web depicts a battle for the soul, waged between the forces of good and evil. It is a story of terror, of despair, of struggle and ultimately of courage. Most important, it is a story of survival and of rebuilding.