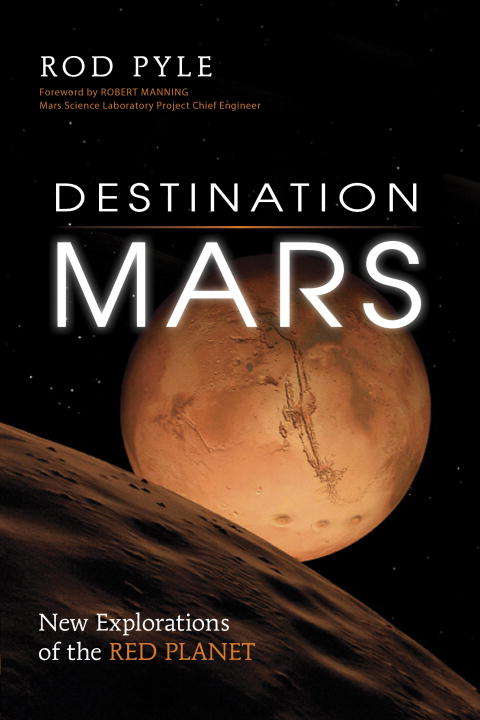 In the next decade, NASA, by itself and in collaboration with the European Space Agency, is planning a minimum of four separate missions to Mars. Clearly, exciting times are ahead for Mars exploration. This is an insider's look into the amazing projects now being developed here and abroad to visit the legendary red planet.

Drawing on his contacts at NASA and the Jet Propulsion Laboratory, the author provides stunning insights into the history of Mars exploration and the difficulties and dangers of traveling there. After an entertaining survey of the human fascination with Mars over the centuries, the author offers an introduction to the geography, geology, and water processes of the planet. He then briefly describes the many successful missions by NASA and others to that distant world. But failure and frustration also get their due.

As the author makes clear, going to Mars is not, and never will be, easy. Later in the book, he describes in detail what each upcoming mission will involve. In the second half of the book, he offers the reader a glimpse inside the world of Earth-based "Mars analogs," places on Earth where scientists are conducting research in hostile environments that are eerily "Martian."

Finally, he constructs a probable scenario of a crewed expedition to Mars, so that readers can see how earlier robotic missions and human Earth simulations will fit together. All this is punctuated by numerous firsthand interviews with some of the finest Mars explorers of our day, including Stephen Squyres (Mars Exploration Rover), Bruce Murray (former director of the Jet Propulsion Laboratory), and Peter Smith (chief of the Mars Phoenix Lander and the upcoming OSIRIS-REx missions).

These stellar individuals give us an insider's view of the difficulties and rewards of roaming the red planet. The author's infectious enthusiasm and firsthand knowledge of the international space industry combine to make a uniquely appealing and accessible book about Mars.From the Trade Paperback edition.