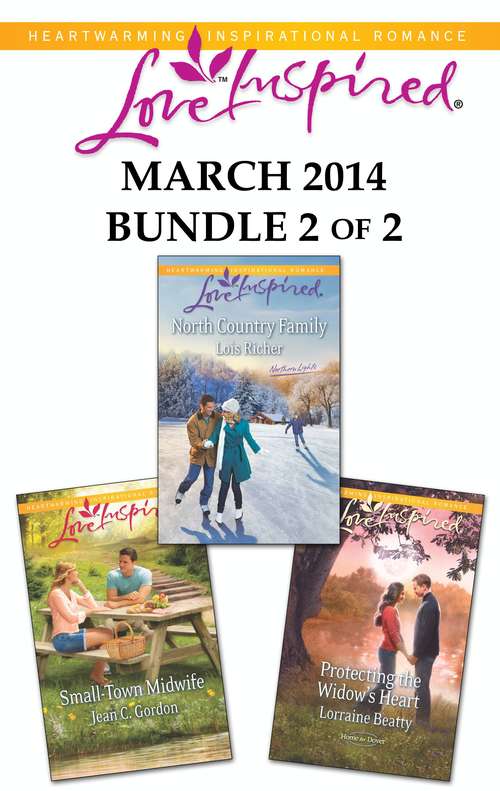 NORTH COUNTRY FAMILY: After losing his clients' life savings, former broker Rick Salinger went in search of redemption. Now a pastor in the remote Canadian town of Churchill, he focuses on his congregation and working with the kids at a center for troubled boys. But when the center's new nurse arrives with her own struggling son, Rick fears getting too close. Widowed mom Cassie Crockett once lost almost everything because of Rick—and he's not sure she'll ever forgive him. Yet he can't stop his growing feelings for her. He wants to help Cassie and her son build a new life…one that just might include him.

SMALL-TOWN MIDWIFE: Autumn Hazard loves being a midwife. But a tragic loss has her doubting the path she's chosen. And her new boss isn't helping. She's worked with Dr. Jonathan Hanlon before, and he's just as handsome and seemingly perfect as ever. His presence could mean trouble for the clinic—and her sensible heart. Jon remembers Autumn, too. She's still beautiful, smart and oblivious to him. Maybe that's for the best—he's leaving the small town as soon as his training's done. Besides, he has secrets of his own, and he can't risk Autumn getting close enough to uncover them. Yet despite all their reservations, working beside each other doesn't feel like work at all…

PROTECTING THE WIDOW'S HEART: Ginger Sloan's had enough of heartache. She just wants a peaceful place where she and her son can start over and feel safe. Getting stranded in a lakeside cabin outside Dover, Mississippi, isn't part of her plan. Then again, neither is falling for the cabin's handsome owner. Injured on the job, detective Tyler Durrant retreats to his cabin to heal. He's shocked to find the single mom and her son there. And surprised at the way Ginger affects his heart. For the first time in years, he has hope for the future, but can he convince Ginger that she can find safe haven in his arms?