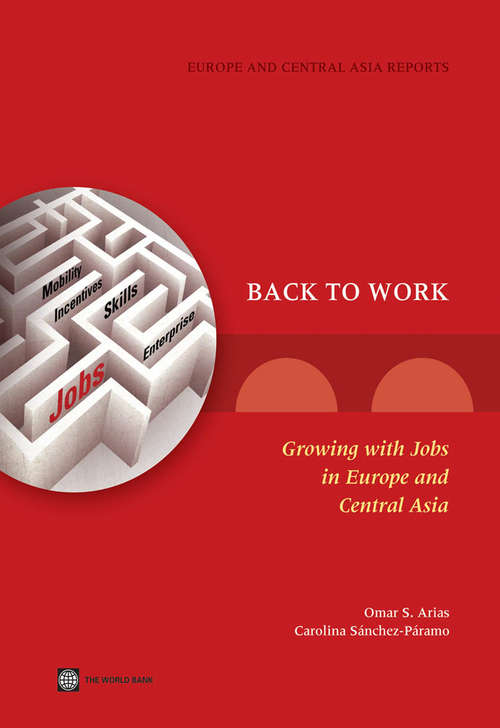 Over the last decade, significant global and regional forces including changes in technology, trade patterns, and business practices, with a steady shift in value added production and employment toward knowledge-intensive activities and services such as finance, the hospitality industry, and the retail trade, have been affecting the production and occupational structures of most developed economies.

Many countries of Eastern Europe and Central Asia have also experienced ongoing exposure to international product and labor markets, some via integration with the European Union (EU), and in general experiencing more international competition and labor migration. The acceleration of growth, the easy access to credit during the financial boom, and improvements in business and labor regulations in some countries boosted labor demand. On the supply side, key factors in some countries included shifts in labor force participation rates, cross-border migration, and changes in social benefits that may have affected work incentives.

With the sudden shock of the 2008 international financial crisis and its prolonged after-effects, all countries in the region are being forced to reassess their position in the international checkerboard, also in light of looming demographic trends and competing social demands.

All countries will have to consider reforms to improve the quality of the business climate, make labor markets more competitive, modernize the public sector, deepen financial development, and increase integration in global markets are a necessary condition for positive and sustained employment creation. These efforts will have to be comprehensive and sustained for the payoff to materialize, as illustrated by the experience of the advanced reformers in the region. Moving along the modernization path will require further economic restructuring and labor reallocation, which can become a wasteful and inefficient process with significant short-term welfare losses among specific groups of workers, unless it is accompanied by policies aimed at improving the match between jobs and workers and enhancing the employability of those people who are most affected by the changes. Policies that are sensitive to age and gender can help increase the efficiency and effectiveness of the restructuring process.

Copyright:
2014 International Bank for Reconstruction and Development / The World Bank