The Palm at the End of the Mind 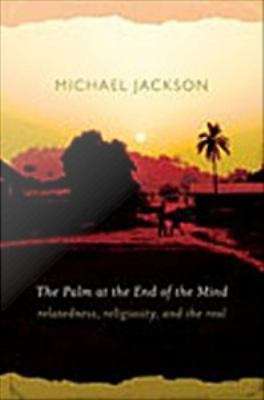 In many societies and for many people, religiosity is only incidentally connected with texts or theologies, church or mosque, temple or monastery. Drawing on a lifetime of ethnographic work among people for whom religion is not principally a matter of faith, doctrine, or definition, Michael Jackson turns his attention to those situations in life where we come up against the limits of language, our strength, and our knowledge, yet are sometimes thrown open to new ways of understanding our being-in-the-world, to new ways of connecting with others. Through sixty-one beautifully crafted essays based on sojourns in Europe, West Africa, the United States, Australia, and New Zealand, and taking his cue from Wallace Stevens's late poem, "Of Mere Being," Jackson explores a range of experiences where "the palm at the end of the mind" stands "beyond thought," on "the edge of space," "a foreign song. " Moments of crisis as well as everyday experiences in cafs, airports, and offices disclose the subtle ways in which a single life shades into others, the boundaries between cultures become blurred, fate unfolds through genealogical time, elective affinities make their appearance, and different values contend.