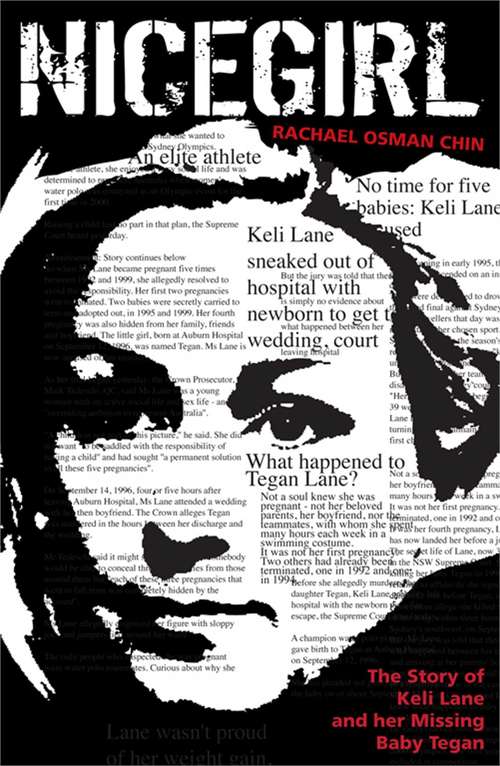 Tegan Lane went missing in 1996 and is now presumed dead. Most people would describe the baby's mother, Keli Lane, as a nice girl. She comes from a solid, popular middle class family in the Sydney suburb of Manly. Keli's father was once one of Manly's most successful first grade rugby union coaches. In her teens and early twenties, Keli was an elite water polo player who represented her state and her country. But at the peak of her sporting career, Keli secretly gave birth three times. Despite the fact that she was living at home with her parents and was in a long-term relationship with first grade rugby player, both her parents and Duncan claim they had no idea she had ever been pregnant. Keli Lane's extraordinary double life was exposed after Keli made false claims about her third child to an adoption agency. This led the NSW Department of Community Services to check on her history and it was discovered that, as well as having given birth to a first baby, who was adopted out, she had also given birth to a second - baby Tegan - in Sydney's Auburn Hospital on September 12, 1996. But Tegan had apparently disappeared. There was no birth certificate and no other records relating to her in any government database, school or adoption agency. Keli has consistently claimed that Tegan is alive and living with her father, but her story is now considered to be unreliable. In this probing, investigative work, Rachael Chin sifts through Keli's background for answers to this most baffling of cases. Did Keli murder Tegan? Who and where is Tegan's father? Why did Keli feel compelled to keep her pregnancies secret, and how could Keli's friends and family have been so in the dark? Why did Keli arrange for the formal adoption of her first and third babies, but not Tegan? Does the fierce, competitive culture of elite sports such as water polo induce irrational and dangerous behaviour? Or is there a more sinister reason for Keli's behaviour? This book explores all this and more, providing a valuable backdrop to a fascinating and bizarre case.