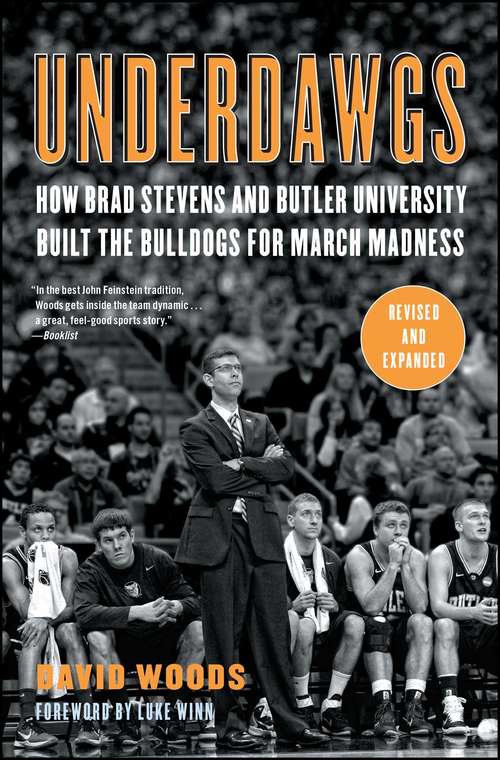 Butler University in Indianapolis became the smallest school in 40 years to reach the NCAA championship game. Prior to the tournament, a statistician calculated the Bulldogs as a 200-to-1 shot to win. But as fascinating as what Butler accomplished was how they did it. Underdawgs tells the incredible and uplifting story. Butler's coach, 33-year-old Brad Stevens, looked so young he was often mistaken for one of the players, but he had quickly become one of the best coaches in the nation by employing the "Butler Way." This philosophy of basketball and life, adopted by former coach Barry Collier, is based on five principles: humility, passion, unity, servanthood, and thankfulness. Even the most casual observer could see this in every player, on the court and off, from NBA first-round draft pick Gordon Hayward to the last guy on the bench. Butler was coming off a great 2009-10 regular season, but its longtime existence on the periphery of major college basketball fostered doubt as March Madness set in. But after two historic upsets, one of top-seeded Syracuse and another of second-seeded Kansas State, and making it to the Final Four, the Bulldogs came within the diameter of a shoelace of beating the perennial leaders of college basketball: the Duke Blue Devils. Much more than a sports story, Underdawgs is the consummate David versus Goliath tale. Despite Duke's winning the championship, the Bulldogs proved they belonged in the game and, in the process, won the respect of people who were not even sports fans.