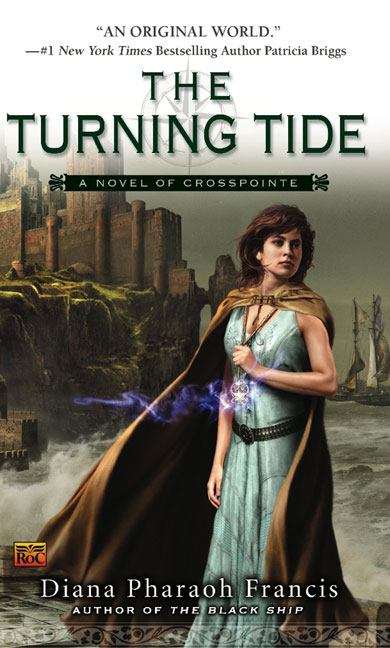 Welcome to Crosspointe, the hub of the Inland Sea, where gold runs like water, and the balance of politics shifts uneasily between the monarchy, the majicars, and the Merchant's Guild--a land where dangerous majick courses through the black waters.

They could not be more different, nor could they be closer friends. Ryland, the son of the king, is bound by loyalty and burdened by secrets. Shaye is both a majicar and a child of the Weverton family, two factions who seek to destroy the crown. Fairlie, a fiery metalsmith, is the iron bond that holds them together.

Now terrible trouble looms. Crosspointe's greatest advantage at sea is its ships' compasses--but the compass makers are dying. Without them, Crosspointe will fall into chaos, ripping itself apart from within. To save his country and repel the coming Jutras invasion, the king orders Ryland to commit a heinous, unforgivable act. The result is worse than anyone could have dreamed, and soon Ryland, Shaye, and Fairlie find themselves at war ... with one another.