Death of a Mystery Writer 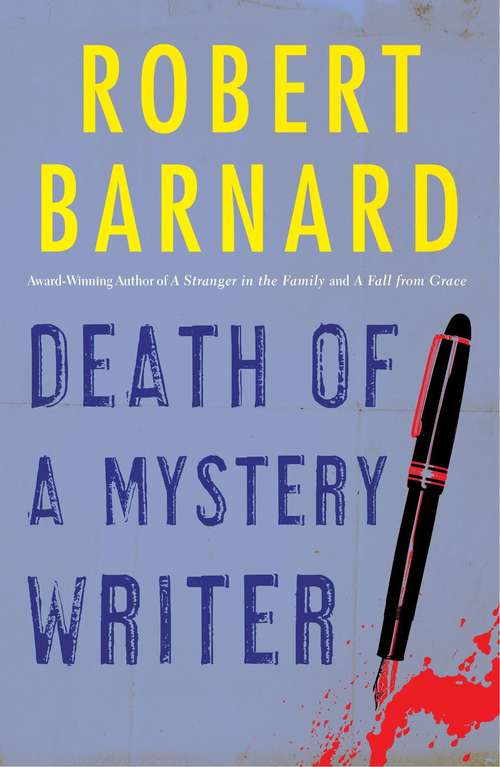 Sir Oliver Fairleigh-Stubbs, overweight and overbearing, collapses and dies at his birthday party while indulging his taste for rare liquors. He had promised his daughter he would be polite and charitable for the entire day, but the strain of such exemplary behavior was obviously too great. He leaves a family relieved to be rid of him, and he also leaves a fortune, earned as a bestselling mystery author.

To everyone's surprise, Sir Oliver's elder son, who openly hated his father, inherits most of the estate. His wife, his daughter, and his younger son are each to receive the royalties from one carefully chosen book. But the manuscript of the unpublished volume left to Sir Oliver's wife -- a posthumous "last case" that might be worth millions -- has disappeared. And Sir Oliver's death is beginning to look less than natural.

Into this bitter household comes Inspector Meredith, a spirited Welshman who in some ways resembles Sir Oliver's fictional hero. In Robert Barnard's skillful hands, Inspector Meredith's investigation becomes not only a classic example of detection but an elegant and humorous slice of crime.