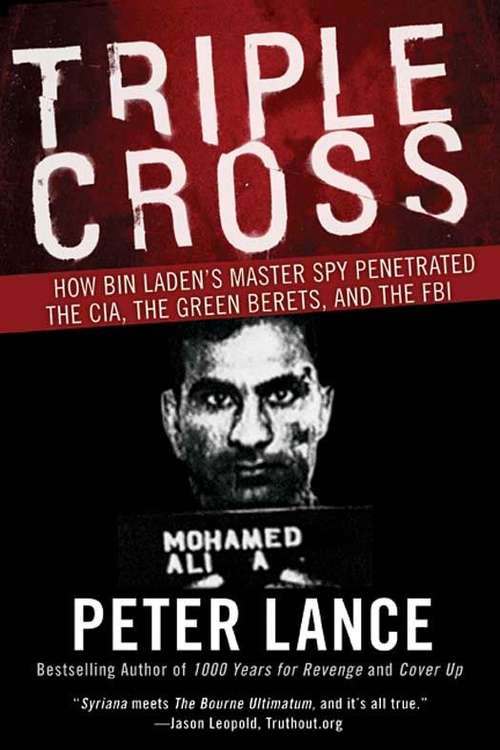 "A chilling account of a killer who slipped through the hands of a daft justice system....Triple Cross chronicles one of the most vicious spies of our time."

In the years prior to 2001, no single agent of al Qaeda was more successful in compromising the U.S. intelligence community than Ali Mohamed. For almost two decades the former Egyptian army commando succeeded in living a double life-marrying an American woman, becoming a naturalized citizen, and infiltrating the CIA in Europe, the Green Berets at Fort Bragg, and the FBI in California-even as he helped orchestrate the campaign of terror that culminated in the 9/11 attacks.

Triple Cross is award-winning investigative reporter Peter Lance's chilling true account of the career of the master spy known to his al Qaeda brothers as "Ali the American"-an explosive narrative revealing the gaping holes in our nation's security net. Finally, coming off his previous FBI exposÉ, Cover Up, Lance also chronicles the collapse of the Brooklyn murder trial of former FBI agent Lin DeVecchio, a case that could well have revolutionized public understanding of the background of 9/11.