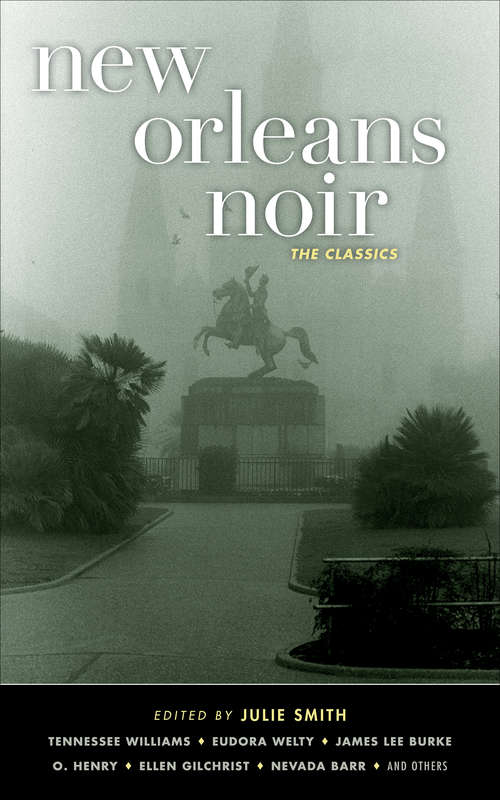 "[An] irresistible sequel to Smith's New Orleans Noir....Anyone who knows New Orleans even slightly will relish revisiting the city in story after story. For anyone who has never been to New Orleans, this is a great introduction to its neighborhoods and history."--Publishers Weekly, Starred review"Smith, who edited Akashic's original New Orleans Noir (2007), goes back for a second trip to the Big Easy."--Kirkus ReviewsAkashic Books continues its award-winning series of original noir anthologies, launched in 2004 with Brooklyn Noir. Each volume comprises stories set in a distinct neighborhood or location within the respective city.Classic reprints from: James Lee Burke, Armand Lanusse, Grace King, Kate Chopin, O. Henry, Eudora Welty, Tennessee Williams, Shirley Ann Grau, John William Corrington, Tom Dent, Ellen Gilchrist, Valerie Martin, O'Neil De Noux, John Biguenet, Poppy Z. Brite, Nevada Barr, Ace Atkins, and Maurice Carlos Ruffin.From the introduction by Julie Smith:"A glittering constellation of writers has passed through New Orleans--including Mark Twain, Sherwood Anderson, O. Henry, and even Walt Whitman, to name some of the not-so-usual suspects. Then there are the ones whose sojourns here are better known, the ones on whom we pride ourselves, such as Tennessee Williams, William Faulkner, Eudora Welty, Ellen Gilchrist, and James Lee Burke.It was an anthologist's feast--just about everybody who came to New Orleans wrote about it. But there were surprises as well...If you're from New Orleans, the neighborhood theme will resonate like Tibetan temple bells. And yet, surely every city has similar hoods, similar behavior patterns, similar travails--and has had them forever. 'Indeed,' wrote Voltaire, 'history is nothing more than a tableau of crimes and misfortunes.'"