Sport and the Transformation of Modern Europe 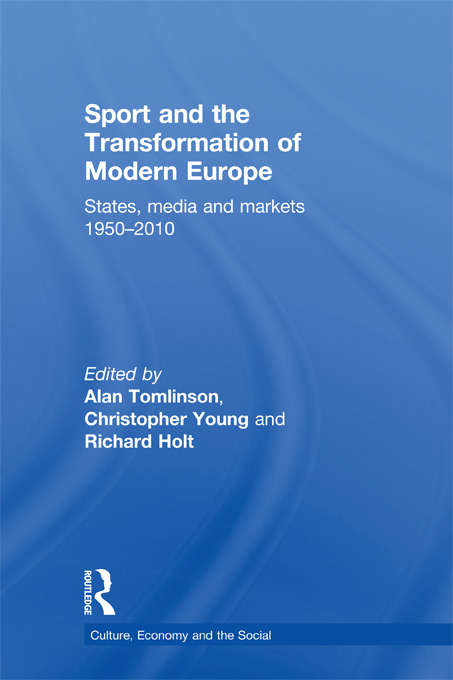 In the modern era, sport has been an important agent, and symptom, of the political, cultural and commercial pressures for convergence and globalization. In this fascinating, inter-disciplinary study, leading international scholars explore the making of modern sport in Europe, illuminating sport and its cultural and economic impacts in the context of the supra-state formations and global markets that have re-shaped national and trans-national cultures in the later twentieth century.

The book focuses on the emergence and expansion of media markets, high-performance sport’s transformation by, and effects upon, Cold War dynamics and relations, and the implications of the Treaty of Rome for an emerging European identity in sport as in other areas (for example, the influence of soccer’s governing body in Europe, UEFA, and its club and international competitions). It traces the connections between the forces of ideological division, economic growth, leisure consumption, European integration and the development of European sport, and examines the role of sport in the changing relationship between Europe and the US.

Illuminating a key moment in global cultural history, this book is important reading for any student or scholar working in international studies, modern history or sport.