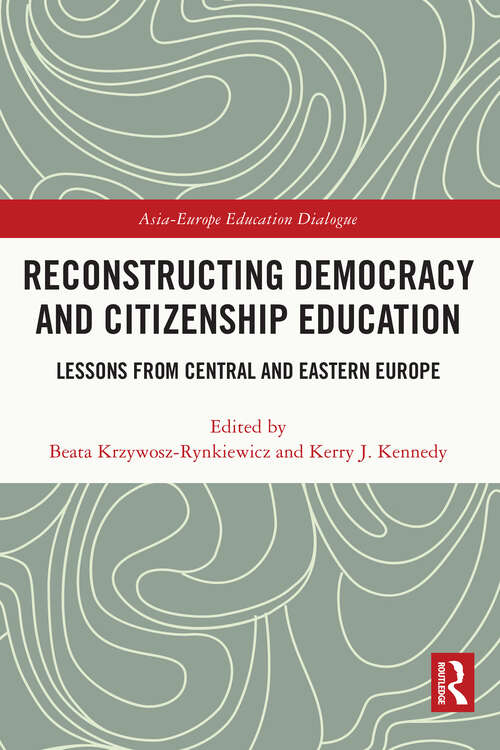 This book compares the current status of democracy in selected Eastern European countries. The focus is on young people’s attitudes towards and experiences of democracy, including active political engagement. In many of these countries, democracy has been hard-won and may well need to be defended again in the future. The contributors collectively reflect on young adults exercising their civic rights and how they can influence the political system at both formal and informal levels.

The chapters present different issues that arise in unique contexts but overall reflect the changing status of democracy and its effects on young people’s citizenship activity and education. The volume compares perspectives of three groups of Eastern European countries with different traditions and past histories of democracy and citizenship: Central European countries (Poland, Czech, Hungary); Baltic countries (Lithuania, Latvia and Estonia); and post-soviet republics (Ukraine, Moldova). These countries differ in the status given to democracy, citizenship action traditions and education. At the same time, many countries have experienced recent turbulence related to democracy and different kinds of actions by young people. Comparing them leads to conclusions about omissions made in current citizenship education provision and what needs to be done for a better understanding of the needs of citizenship education in these difficult times.

This volume will be of interest to students and scholars in citizenship and civic education, sociology, political science and Eastern European Studies.