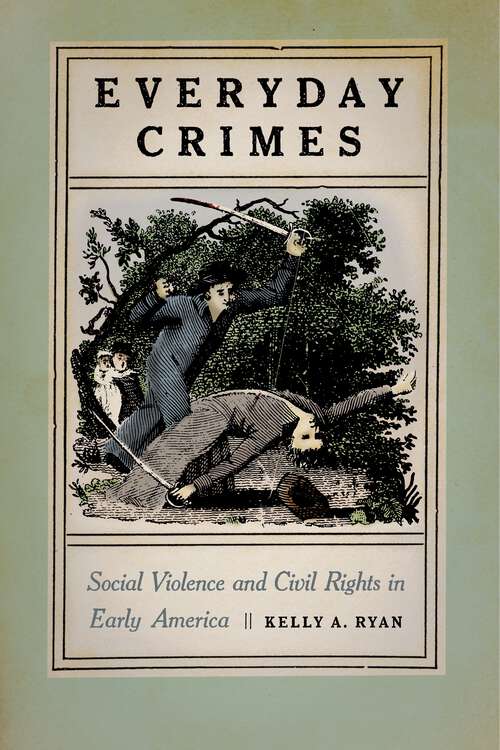 The narratives of slaves, wives, and servants who resisted social and domestic violence in the nineteenth centuryIn the early nineteenth century, Peter Wheeler, a slave to Gideon Morehouse in New York, protested, “Master, I won’t stand this,” after Morehouse beat Wheeler’s hands with a whip. Wheeler ran for safety, but Morehouse followed him with a shotgun and fired several times. Wheeler sought help from people in the town, but his eventual escape from slavery was the only way to fully secure his safety. Everyday Crimes tells the story of legally and socially dependent people like Wheeler—free and enslaved African Americans, married white women, and servants—who resisted violence in Massachusetts and New York despite lacking formal protection through the legal system. These “dependents” found ways to fight back against their abusers through various resistance strategies. Individuals made it clear that they wouldn’t stand the abuse. Developing relationships with neighbors and justices of the peace, making their complaints known within their communities, and, occasionally, resorting to violence, were among their tactics. In bearing their scars and telling their stories, these victims of abuse put a human face on the civil rights issues related to legal and social dependency, and claimed the rights of individuals to live without fear of violence.