Our Lady of Infidelity 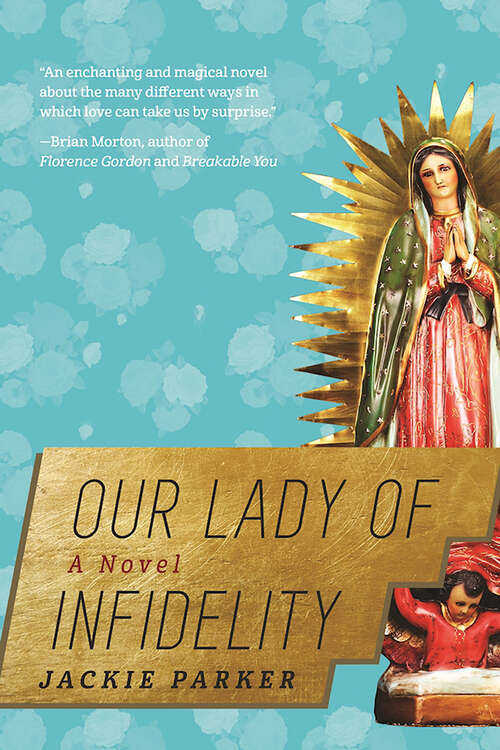 First time in paperback, the story of a troubled child who opens the hearts of the people in a small town to their own capacity for love. It begins when a vision appears in a carwash window in the tiny, dusty desert town of Infidelity, a blip on the map just outside of Joshua Tree, California. Seven-year-old Luz Reyes, whose family was killed by death squads in her native land and whose mother is gravely ill, is the first to see it. Then Walt Adair, the divorced owner of the carwash. Then Zoe Luedke, the golden-haired stranger in search of her runaway husband. And even the child's skeptic mother, Josephina Reyes, sees it. A crowd gathers, and others in the town see something as well, but no two people see the same thing. Though the priest, Father Bill, tries to prevent the vision from taking hold, even he seems to fall under its power. At first, it brings wonderful things: healings, peace, a kind of happiness that the people of Infidelity have never known. Then Luz's extraordinary powers begin to reveal themselves. There is an unexplained death, and the town begins to turn against her and those who have gathered around the miracle child. In the chaos that follows, people struggle to hold onto the beauty that came into their lives through Luz and the window even as they ask, Were they deluded or duped—or were they given a great gift? Skyhorse Publishing, as well as our Arcade, Yucca, and Good Books imprints, are proud to publish a broad range of books for readers interested in fiction—novels, novellas, political and medical thrillers, comedy, satire, historical fiction, romance, erotic and love stories, mystery, classic literature, folklore and mythology, literary classics including Shakespeare, Dumas, Wilde, Cather, and much more. While not every title we publish becomes a New York Times bestseller or a national bestseller, we are committed to books on subjects that are sometimes overlooked and to authors whose work might not otherwise find a home.